Germán Mesa is widely regarded as the greatest shortstop to ever have played in Cuba.

Despite this fact, it is very difficult to find any information pertaining to him or any other legendary Cuban baseball players.

Germán Mesa Fresneda was born in Havana, Cuba on May 12, 1967.  He was 5’8″ and weighed 150lbs. during his playing career.  Mesa spent most of his career playing for the Industriales, but began with the Industriales’ “farm team” (the Metropolitanos) in 1986. 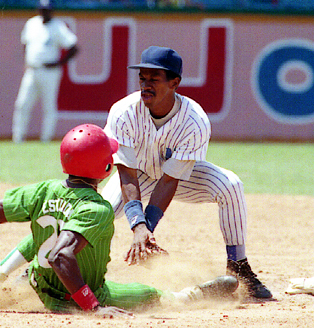 An above average hitter, Mesa was particularly speedy on the basepaths, leading the league 3 times (1988, 1989, 1991) and is 7th all time in stolen bases with 335.  Despite being a well-rounded ballplayer, the one thing that stood out about Mesa’s game was his defense.  He earned the nicknames “El Mago” (the Magician) and “El Imán” (the Magnet) based on his defensive play.

Defensive wizard and New York Mets shortstop Rey Ordoñez, after winning his third major-league gold glove, was asked if he thought he was the best defensive player in the game.  “No,” he said. “I am just a prince.  The King is in Cuba and his name is Germán Mesa.” 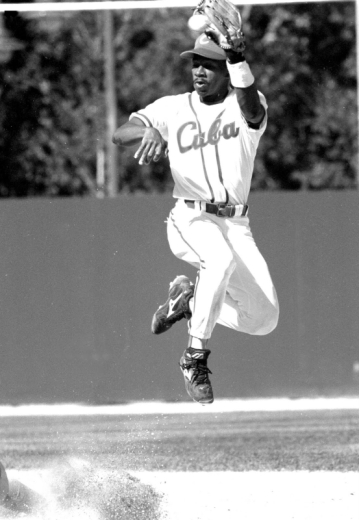 Ordoñez spent his entire Cuban baseball career as Mesa’s backup before defecting to the United States and becoming a big leaguer.

Mesa’s intelligence, sense of positioning, range to both his left and right, his elegant style and ability to make even the most impossible plays are why he is considered the greatest shortstop to ever play in a Cuban ballpark.  Those who have seen him play even go so far as to compare with another defensive great,  the American Ozzie “The Wizard” Smith.

Cuban baseball icon and former big-leaguer, the 99-year-old Conrado “Connie” Marrero once said that Mesa was easily the best defensive shortstop he had ever seen, including his time in the majors with the Washington Senators at which time both Phil Rizzuto and Pee-wee Reese played.

Mesa, while being a stud defensively, was also an above average hitter.  He led the Cuban National Series in hits, triples and stolen bases during his career. Mesa retired from the game in 2002, and is now the manager for the Industriales. Last season in his second season at the helm, Mesa led the Industriales to the Cuban National Series title.  (Coincidentally, his double play partner for much of his career, Juan Padilla, was named manager of the lowly Metropolitanos at the same time Mesa was named manager of the Industriales.) 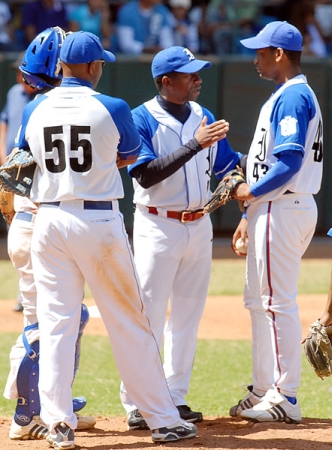 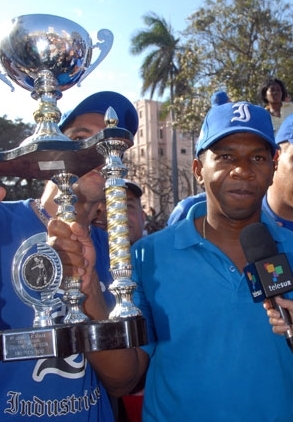 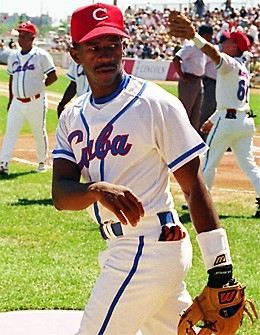 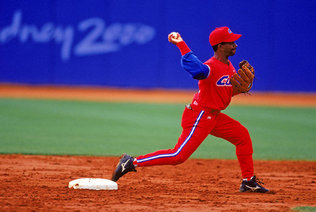 Mesa’s defensive prowess really needs to be seen to be believed:

Mesa and his double-play partner Juan Padilla.  This is defensive artistry at its best:

Fast forward through the first 25 seconds, which is garbage: