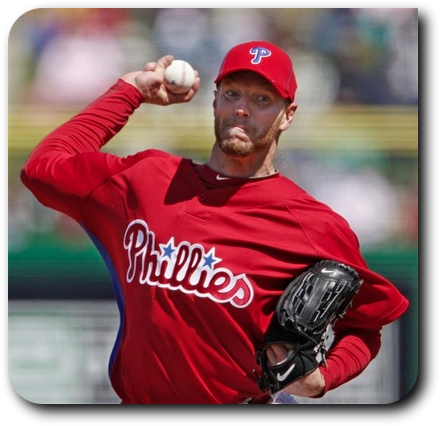 Roy Halladay threw two scoreless innings in his Phillies debut, allowing no hits, no walks and striking out three. Roy’s work ethic is already making headlines. Via the AP

After his two-inning outing was over, Halladay threw an additional 10-12 pitches in the bullpen beyond the left field fence.

When he was through throwing, he went through a rigorous, 90-minute workout.

The Jays essentially sent the AAA roster to Lakeland on Thursday to play the Tigers. The good guys won 9-7. Highlights include a two for three day for Brad Emaus, a three run dinger for JP Arencbia, our boy Adam Loewen getting on base in both plate appearances, future saviour Wallace going one for two and Travis Snider reaching base two out of three times. Kyle Drabek was roughed up, walking two batters and allowing three hits in two innings of work.

Former KC Royal 1st rounder OF Chris Lubanski was on track to be a stud early in his career. He put together a .903 OPS in High A at 20 years old and a .844 OPS in AA as a 21 year old. Impressive stats when considering his age.

And then he began to bottom out vs AAA pitching (.707 career AAA OPS). I think at times GM’s and baseball fans get caught up in the age game. Chris is still relatively young (born in 1985) and shouldn’t be written off just yet. It’ll be interested to see what he puts together in the first half of the season at AAA.

How dear to my heart was the old-fashioned batter, who scattered line drives from the spring to the fall.

He did not resemble the up-to-date batter, who swings from the heels and misses the ball.

The up-to-date batter I’m not very strong for; He shatters the ozone with all of his might.

And that is the reason I hanker and long for –Those who doubled to left, and tripled to right.

Who tripled to right.