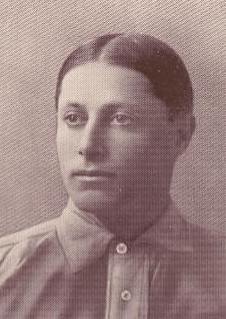 Turn of the century pitcher Henry Schmidt is owner of an MLB ‘record’ that will certainly never be matched.

Henry Schmidt toiled in the minor leagues for seven seasons before getting his big break with the National League Brooklyn Superbas. His recorded organized debut was in 1896 at the age of 23. He bounced around the south for a few years before heading west to Denver in 1900. He spent the 1901 & 1902 in the final years of the California League, joining the Oakland franchise that was to become the Oakland Oaks. In 1903 he signed and joined the NL’s Superbas.

Not much is known about Henry. What is known is that the righty owned of a good curve ball, stood 5’11 & weighted 170 pounds and, well, he had his own way of doing things.

“Iron Man” Joe McGinnity… is credited with a steal of home in the 2nd game while Brooklyn was arguing a disputed call of Iron Joe at 3B. Brooklyn P Henry Schmidt is so upset about the steal that he throws the ball out of the park‚ a toss that gets him tossed from the game.

The 30 year old rookie ultimately produces a standout season. He goes 22 – 13, throws 301 IP and places in the NL top 10 in starts, wins, innings, complete games, and shutouts (including a string of three in a row).

At the conclusion of the season, Henry returned home. Following standard protical of the times, the Brooklyn Superbas mailed out Schmidt’s 1904 contract. In an unprecented event, Henry sent the contract back with the following letter, reading

“I do not like living in the East and will not report.”

And he meant it. In 1904 he returned to Oakland, newly renamed the ‘Oaks’ and playing in the recently formed (1903) Pacific Coast League. The PCL was considered an outlaw league and as such was outside of organized baseballs powers. Over the course of the 225 game season, Henry pitches an astounding 478 innings, going 26-28 with a 2.84 ERA. He returns in 1905, taking it easy and throwing 339 IP. The rest of his career is spent bouncing around minor league teams in the west & south. He ultimately retires in 1909, and eventually passes away in Nashville in 1926.

To this day, Henry Schmidt holds the distinction of being the only MLB player to ever win 20+ games as a rookie and simply walk away, never to play in the majors again. With modern day economics, It’s safe to say this ‘record’ is safer than Joe DiMaggio’s hitting streak.