Part one of a two part series on baseball odds, lines and historical performance.

Within the world of online sports betting (and specifically baseball), there are many different and unique betting choices. Prop bets, lines, spreads, over-under, player specific actions, etc. For simplicities sake, let’s take a look at the widely used money line.

The money line is the + / – system that is frequently shown on sports tickers. Ie the San Francisco Giants are -120 and the Texas Rangers are +110. 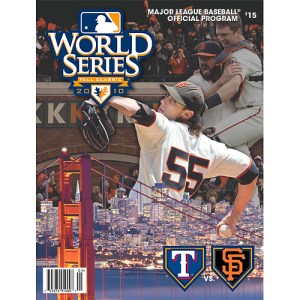 In a straight money line bet there are no point spreads. The team bet on has to win the game for the winning bet to be paid.

A quick trick when calculating the money line (while it’s still in the one hundred level) is to just put a behind the first numerical 1. Ie, the Giants point line is now 1.20 . The Rangers are now 1.10.

Betting on the Rangers – To win $25 on a Texas Rangers win one would have to lay down $25 / 1.1 or $22.72. The number is divided in this scenario due to Texas being the underdog. Within the game odds a Texas win will pay more than the original bet.

Increments: Just because a line is represented as -120 does not mean that one would have to lay down $120. Most ‘books’ will allow increments in $5 – $10 shots

Line sizes: Typical major league sports (baseball, hockey, basketball, etc) lines are usually in low to mid -100’s. Huge favourites can go up to the mid to low -200’s but you will rarely see lines larger than these. Combat sports, such as boxing or the UFC will see greater odds and usually larger spreads. It’s not uncommon to see -600 vs +480 spreads during a UFC event.

Spread Size: The usual spread size for a ‘major league sport’ is 10 (within normal line ranges). Using our San Fran / Texas example, the line is 10 points at -120 and +110. Never lay down cash online or at a casino that charges more than a 10 point spread.

Coming up: A look at some baseball line research, judging ‘dogs’ vs ‘favs’, home vs away and more.