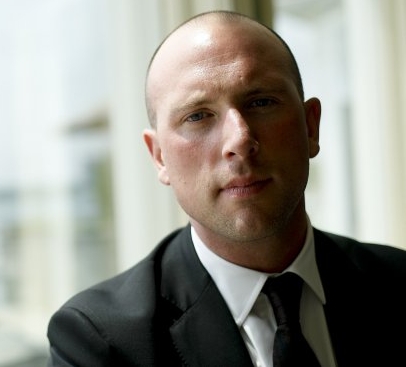 One of my favourite sports writers is the Toronto Star’s Cathal Kelly.  A columnist as opposed to a beat writer,  I find that Cathal brings a thoughtful and unique perspective to the sports stories he covers – specifically the Blue Jays.  Cathal was kind enough to answer some of Mop-Up Duty’s pressing questions.

Mop-Up Duty: Talk to us about your background and how you came to be in your current role at the Star.

Cathal Kelly:  In lieu of anything better to do after being coughed out into the world by the University of Toronto, I went to Ryerson to study journalism. Was pretty goddamned mediocre at it. Puttered around for the better part of five years, here and in Europe, doing drudge work and surviving. Found my way into a bottom of the totem pole position at the Canadian offices of Time magazine. Managed to use that to get a copy editing contract at the Globe. In turn, parlayed that into a copy editing contract at the Star. After a while, began pestering the Sports editor, Graham Parley, to let me write on soccer. After a cruel series of rejections, he finally did. And then, since I had not screwed that up too badly, he offered me the baseball beat when Geoff Baker left the Star for fame and (probably not) fortune in the States. Left that after a couple of years. Did a little feature writing and such. Was given a sports column.

MUD:  As a columnist, you cover a multitude of topics.  If you had to choose one, which would it be and why?

CK: Human stupidity. I have an enormous personal affinity for it.

MUD: It is evident in your writing that you have a passion for baseball.  Why?

CK: Typical guy story, I suppose. I was really taken with the numeracy of it as a little kid. That dovetailed with the emergence of the Jays through the mid- and late-80s. A rising tide floats all boats, and all that.

MUD: Who is the most interesting/engaging ballplayer you have ever interviewed?

CK:  Gotta be Halladay, though I didn’t manage to pull much out of him. But there was the sense with that guy of hidden depths and little hints of bigger stories that kept you trying. I’d read somewhere once that he enjoyed playing chess, which seemed a little too perfect. I asked him about it one spring in the course of a larger interview, and he kind of reared back in his chair and said, “No, no, I don’t do that any more.” So I asked why not. “I got too lost in it.” And then he gave me the ‘move on, please’ eyebrow raise. Hidden depths.

MUD:  Who and what do you read on a regular basis in the sports world?

CK:  Everybody in Toronto – MSM and otherwise. If you’re putting chisel to stone on the Toronto sports scene, I’ll try and read it. I will go out of my way for Pierce, Olney and Posnanski. The Guardian for football. Beyond that, I stick to the usuals – ESPN, SI, Yahoo. I especially like thoughtful sports coverage from non-traditional sports souces, like Slate or Ben McGrath at the New Yorker.

MUD: When I wake up in the morning, the first website I visit is:

CK: thestar.com (it took forever to type that with the lawyer holding on to my index finger).

MUD: If you were MLB Commissioner, the one thing you would change is:

CK: Reduce the regular season by 20-odd games and expand the playoffs to four rounds.

MUD: What is your overall impression of how the Jays handled the Kyle Drabek and Travis Snider situations?  Would you have done anything differently?

CK: The Snider one in particular gets to me because I like the kid so much, and want him to succeed because he’s a decent guy. But I don’t think the club takes the blame here. The baseball Gods do. Having no basis on which to do so, I won’t second-guess the Jays.

CK: My overall impression is that 2011 was an extended pause between ’10 and ’12. It was a chance to set the board in your favour. As such, I don’t think any individual move within the existing team (I’m not talking about trades here) deserves too much scrutiny on its face. I think the real ’11 season starts now and goes until December. (MUD: YES!)

MUD: How great an importance do you place on sabermetric statistics?

CK: I’m not saying I’m in there for lunch three times a week, but if it’s a blowout in the Kelly family, it’s Canoe Restaurant.

MUD: Who are the Jays players that you would pay to see play? Who has been the most enjoyable to watch day-in, day-out?

CK: At the risk of sounding too hyperventilating, it’s Lawrie right now. He’s now balanced on this fascinating edge with only two places to go – regression or superstardom. He doesn’t feel like a jobbing pro to me. It feels like it’s either the moon or the pit.

MUD: What does your Jays starting rotation in 2012 look like?

CK: My 2012 Jays starting rotation includes me pitching fourth, but only after protracted negotiations, a sizable signing bonus and absolutely no performance-related add-ons.

MUD: Will the Blue Jays make the playoffs in 2012?

CK: I’ll reserve my prediction on that one until I see what sort of shopping they do this winter. 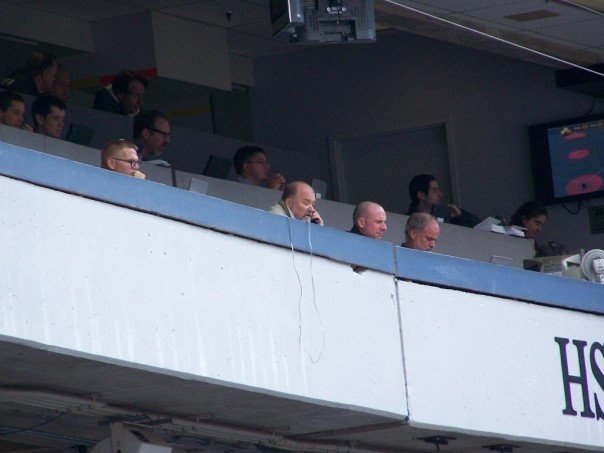 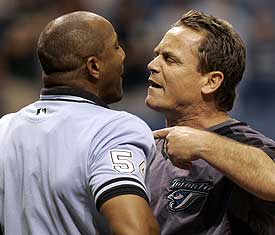 Why you had to retire from your baseball career: Pernicious lack of ability

Favourite Team: You know I can’t answer that

Best Game Attended In Person: ’91 All Star game. That was an impossible ticket, and somehow my brother and I scooped a pair. We were about six rows from the lip at the top in the far right-field 500s. Then we looked down a couple of rows and spotted Pat Tabler sitting there. And we thought, “If our seats are as good as Tabler’s, we’ve achieved something here.”

Baseball Book: The Natural. Though it’s a long way from the best thing written by Malamud, it’s still acres ahead of anything else.

Baseball Movie: Field of Dreams. If I’m ever captured behind enemy lines, all it will take is the ‘Wanna have a catch, Dad?’ scene to completely break my will.

Favourite Play in Baseball: Post-game at Camden Yards, when they open up the beer taps in the press dining room (Sadly, a play no longer seen)

Most treasured baseball related possesion: You know, I don’t have a single thing. Not a collector, I suppose.

Player(s) I never saw play I wish I had seen: Jackie Robinson

Game I never saw I wish I had seen: Game 4 of the ’93 World Series, the 15-14 Jays win. After the Phillies went up 12-7 in the 5th, I couldn’t take it any more, switched the game off and went to bed. Should’ve shown more fortitude.

First MLB game: Something at the old Ex. Don’t remember anything about the game. Do remember being unbelievably cold.

Images courtesy of thstar.com, CBC Sports and – yet again – my own personal creeping.