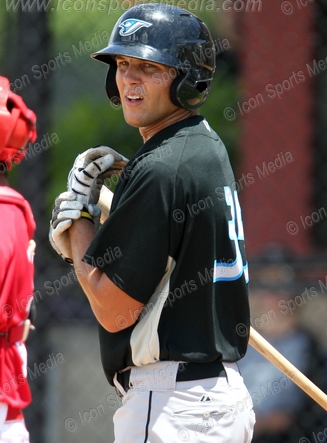 Jake/Jacob Marisnick was the Blue Jays’ 3rd round pick in the 2009 Amateur Draft, the 104th selection overall.  The Jays signed him for a $1 million bonus, far above the $310K slot recommended by MLB.

Marisnick has a very fluid swing with good loft; he gets his hands started early and his swing has become more consistent over the last year. He sits deep but doesn’t bar his lead arm, and he has great bat speed, generating hard contact to all fields. He has good hip rotation, although he can open up a little bit early. He’s already filled out some physically but has room to add more muscle, so while he’s a hard line-drive hitter now, he’s a good candidate to fulfill the axiom about turning doubles into home runs as he matures. Marisnick has a plus arm and good enough instincts to play right field, but he’s an average runner (although he was running better toward the end of the season) and doesn’t profile in center.

Marisnick’s contract was structured so that he wasn’t able to play pro-ball last summer.  Marisnick’s first taste of pro-ball came in spring training of 2010, becoming a popular “hitter” for Dustin McGowan in McGowan’s simulated games.  Marisnick stuck around for extended spring training and was then assigned to the Blue Jays’ rookie-level Gulf Coast team after speculation that he might have been assigned to single-A Auburn. 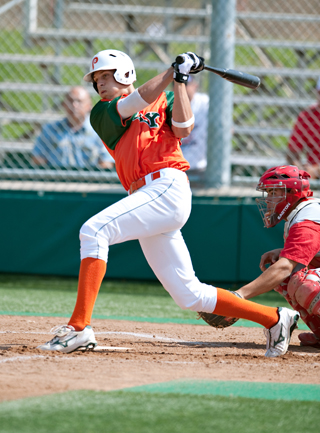 Despite not “profiling in centre,”  that is where Marisnick is currently playing for the GC Jays. And It didn’t take long for the 20-year old Marisnick to make an impact. For an “average runner”, Jake swiped 2 bags in his first 2 games and showed off his plus arm in nabbing a runner at home and at third for 2 outfield assists in his 3rd game.  Marisnick’s arm is already a 60 on the 20-80 scouting scale and the word is out in the GCL to be wary of his arm.  Still, Marisnick racked up his 3rd OF assist by gunning down a player trying to score at home. 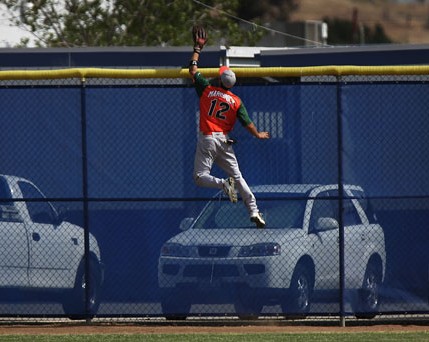 He has been a doubles machine as well – hitting 7 doubles in his first 10 games – backing up the prevailing opinion that he is a line drive hitter and a “good candidate to fulfill the axiom about turning doubles into home runs as he matures.” He has hit 1HR on the season and just missed one after hitting it off the top of the wall.

Marisnick is not exactly blocked at the CF position by weak hitting Markus Brisker at Auburn or Kenny Wilson at Lansing, so late season call-up is well within his grasp.