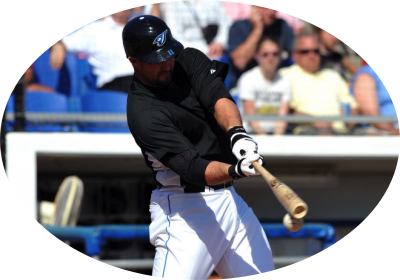 Since that time he’s fallen back down to earth with .700ish OPS marks at the MLB level as a part-time player. Lane failed to make an appearance in the majors in 2008, as he was essentially a depth chart player for the Red Sox and Yankees 40 man rosters. While Lane wasn’t good enough to crack either of those two teams mlb rosters, well, this is the T-Dot and we’ll probably have room for him.

For those interested Lane has very similar stats vs right handed and left-handed pitching. Jason himself bats right-handed and obviously this will give him value during the regular season with the Lind/Snider lefty combo. Lane can play all three outfield positions (and has done so in multiple seasons) along with firstbase.