The highly anticipated Jose Bautista Bobblehead day took place on Sunday, the Jays third game of the 2011 season, in-front of over 35,000 fans. With only 10,000 units handed out, fans had to show up earlier than usual.

Callum shared an image of Sundays pre-game ticket window lineup via his twitter account. Not your typical Sunday at the RC. 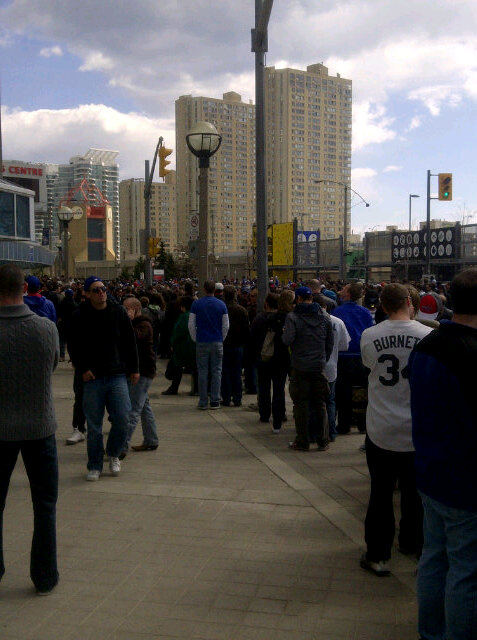 Overall team expectations, day of the week (for 3rd + 4th game), promotions, etc can be factored in to all of these numbers. Only a few facts can be drawn:

B) 2008 showcased strong opening week attendance. For the season the Jays would draw 2.4 million (6th out of 14 AL Teams)

D) The nearly -25000 fans from yesterday is the biggest drop-off on the 3rd/4th game list.

Judging by the large lines, overall attendance, social media buzz and even the current demand on Ebay: 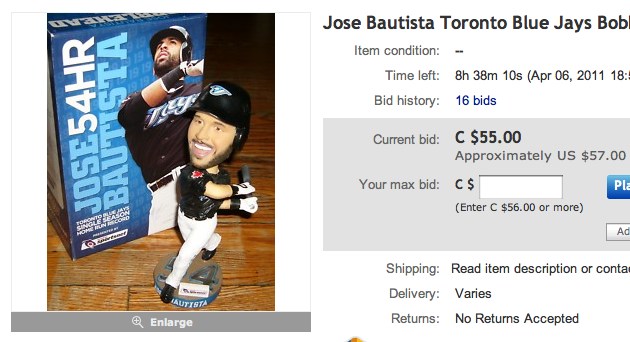 The Bautista promotion was a dramatic success. Unfortunately the Jays have very few standout promotions the rest of the season.

I can’t fathom those in the Jays marketing department sleeping on this huge attendance gap. I’d expect/hope the Jays to sprinkle additional high-level promotions throughout the season.