In a nutshell, I’m trying to create a quick, easy to digest scouting report of opposing pitchers, what to expect when watching the game at home, and finally, how the Jays will likely game plan their offence.

This is a work in progress, so please leave any comments (positive or negative) regarding this style of post. Thanks!

This 31 year old MLB rookie has spent the majority of his career pitching in Japan. Starting the season in the bullpen, Iwakuma has recently been added to the rotation. 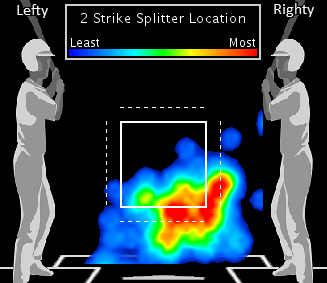 Vargas’ name has been floated around the rumour mill, so there is a possibility that he won’t start on the 31st vs Toronto. He’s your standard lefty, throwing average velocity and staying away from batters. 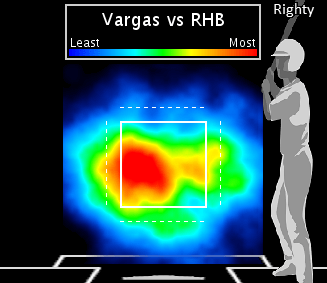 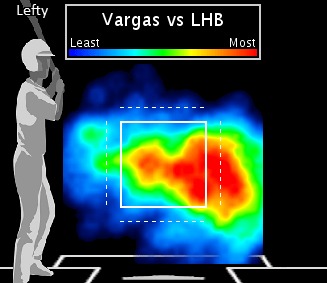 He’s allowed 25 HR on the season. The majority of which have been ‘no doubters’. 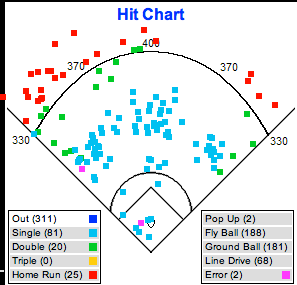 He throws primarily his fastball and cutter vs LHB. RHB tee off on these pitches, so Vargas relies on his change against righties. Jason throws the change rougly 30% of the time and uses it in all counts (0-0, even, 2 strikes, etc).

Jays Plan of Attack: RHB are hitting  only .455 OPS & .165 wOBA vs Vargas’ change. The prevailing logic would be to lay off the pitch and attack his fastball & cutter. Sometimes this is easier said than done.

Beaven would be at home in the Minnesota Twins organization. He’s a control pitcher that forces opponents to put the ball in play. At times this is a dangerous approach, which is illustrated by his 12 HR allowed in only 83 IP.

His heat map vs lefties tells a story. A story of a pitcher that lives and dies by his catcher’s framing and the umpires  discretion. 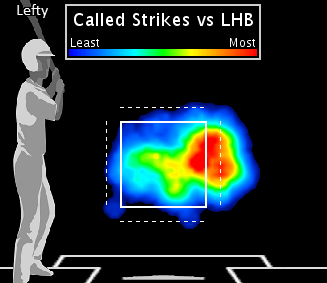 He ‘man’s up’ vs RHB, working within the strike zone. 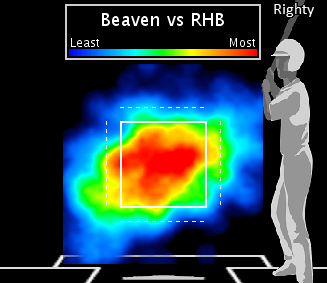 His fastball is very hittable. In-fact, 11 of his 12 HR allowed this season have come off his fastball. His curve (.609 OPS against) & slider (.601 OPS against) have been his best offerings.

Jays Plan of Attack: LHB should take pitches early to gauge how the umpire is going to call the game. RHB should jump all over fastballs. Beaven has allowed .384 wOBA & .910 OPS against on his fastball this season.