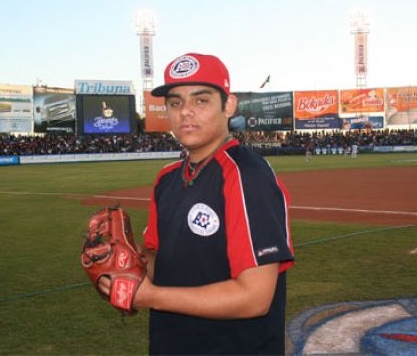 The 16 year old nephew of former Major League pitcher Antonio Osuna – Roberto Osuna – has said this week that he is ready to sign with the Toronto Blue Jays.

For those of you who don’t remember, Antonio Osuna was a journeyman reliever who played for the Dodgers, White Sox, Yankees, Padres, and Nationals.  The last time we saw him, he was out-of-shape and trying to make a go of it in the Mexican League.  He didn’t last long. 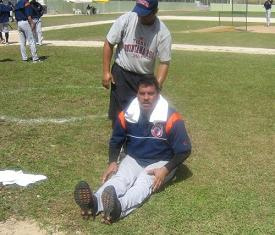 Roberto Osuna, has been playing in the Triple-A level Mexican League – at 15 years old!  For those who don’t know, the Mexican League is full of veteran former Major League players and very favourable towards hitters due to the high elevation of most of the ballparks (much like the Pacific Coast League).

Scouts first took notice of the younger Osuna in a game in which he played for the Mexico City Diablos Rojos against the Oaxaca Guerreros. Over the course of two innings, the 6’0″ 200-pound Osuna struck out three and pumped his fastball as high as 94mph.

Since then Osuna has posted more than respectable numbers in the Mexican League. Again, it bears repeating: at 15 years old! 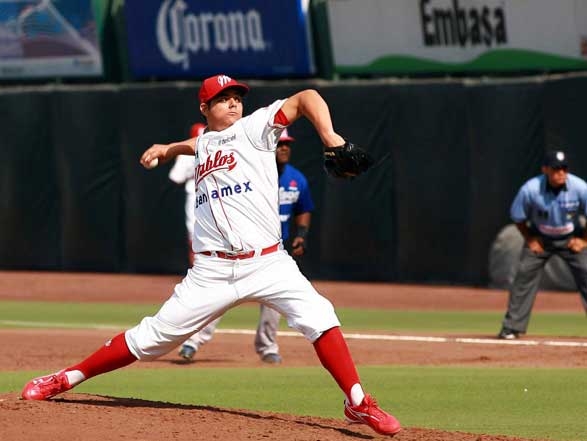 Osuna hasn’t pitched since June 9th so that he may preserve his pre-signing value.  As an international free agent, Osuna is eligible to sign with whichever Major League team he chooses.  He is expected to sign for approximately $4 million.  That said,  Osuna will receive only 25% of his signing bonus with the other 75% going to the Diablos Rojos, since the team controls his rights.

Roberto Osuna is built like his Uncle: a brick shithouse.  He’s got a thick lower body and a barrel chest and throws from a 3/4 arm slot.  He hides the ball well and throws free and easy.  His fastball has arm-side movement due to the 3/4 slot.   He projects to throw with greater velocity as he matures.  Currently he has difficulty maintaining a consistent arm slot, but he has ample time to correct that.  Lots and lots of time. 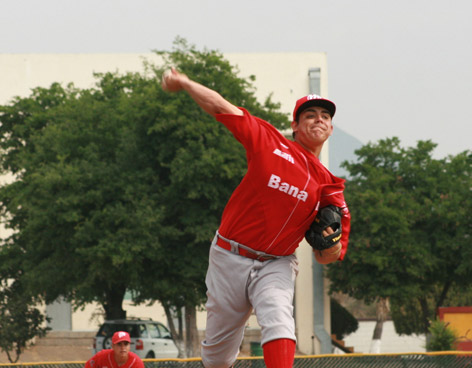 Osuna’s curveball has slurvy movement to it at times and ranges between 72 and 77mph. He struggles to stay on top of the pitch, but when he does, it has an 11-5 drop to it.  Osuna is “deliberate” with the pitch, that is to say that he telegraphs the pitch and tips his hand so that the hitter knows it is coming.  At 72mph it is an ineffective pitch for him; at 77mph it is a swing-and-miss pitch – at least in the Mexican League.

Osuna’s change-up hovers around the 80mph mark. It has a heavy fade, with almost splitter-like action to it.  He tips it each time he throws it by fumbling with the grip so hitters are aware it is coming.  This is not an issue considering his youth and relative inexperience.  The pitch has impressive depth and movement to it.

Roberto made remarks that he was leaning towards signing with the Blue Jays and becoming an Azulejo after working out at the Bobby Mattick Complex in Florda last week, the spring home of the Blue Jays. After passing the team’s physical on Thursday,  Osuna enrolled in English classes and is due to report to the Blue Jays’ Gulf Coast affiliate on Saturday.  Osuna is ranked fourth by Baseball America’s Ben Badler on his list of international prospects.  Osuna’s nickname is “little canon,” after his Uncle Antonio’s nickname “El Cañon.” 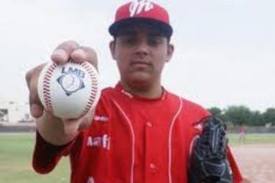 The Blue Jays announced today (August 30th, 2011) that the team had signed Osuna to a contract.  Details were not released.  This announcement comes more than month after the news originally broke.