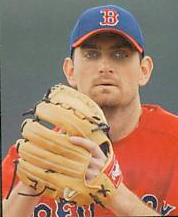 J.P. has saved the day. In the vein of Thompson’s, Ohka’s and Zambrano’s, the Jays have signed a washed up pitcher to a contract. This time it’s a minor league deal for Matt Clement. Clement had a couple of decent seasons, namely 2002 – 2005. Since then he’s been hurt and ineffective. Last season Clement was a member of the Cardinals organization. Spending the majority of his season in AAA, Clement pitched in 13 PCL league games with a 7.02 ERA. What is J.P. thinking?

As fellow writer Cal points out, these ‘mancrushs’ aren’t productive at all.

Transactions such as the Clement deal are perfect examples of why J.P.’s lack of vision is hurting the club in the long-term. The Jays cut out their rookie affiliate last season, forcing solid prospects such as Justin Jackson to play over their heads in low A lansing, and having others play short-season A ball in the New York Penn League. The reason for this? Cost savings. Here’s some cost savings, stop spending cash on these flash in the pan pitchers and put the money into player development. With the Blue Jays internal organization laying off a large percentage of sales staff after Rogers passing it’s only a matter of time before the Jays front office and scouting takes a sizeable cut. Knowing this J.P. should be using his staff in the most productive manner currently possible, not chasing after washed up minor league pitchers.