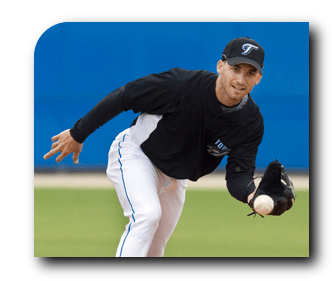 Can the Jays afford to bring them both back?
Antopoulous won’t know his team budget until later this month.

“Like I said, we like both players and they are both important positions, but we can’t make a bad deal,” the rookie GM said from Toronto.

That finally quote pretty much lays it out. The Jays won’t force themselves into a “bad deal”. I’m not going to even touch stats, WAR, yada yada. I don’t think this is going to happen.

With no MLB ready SS in the system, do the Jays trade from an already depleted farm system to obtain a replacement level SS or do they venture
into the free agent waters? The crop of shortstops leaves much to be desired, as for the most part, the group consists of one dimensional defensive players.

Personally, I don’t have a problem with the Jays spending $2 – $3 million on an all glove, no hit SS and letting Scutaro walk. If the Jays can obtain a Jack Wilson, Adam Everett type on the cheap they should do so. All signs point to Marco Scutaro being classified as a type A free agent.

Let’s upgrade our D, earn a couple of draft picks and move the payroll savings along to increasing our draft budget (Jays in bottom third 2009 draft spending), international scouting, or for a late signing period value free agent.