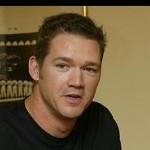 The headline is true, the Jays have a perfect record when Scott Rolen is hitting fourth in the order. Of course they’re only 1-0.

After moving Rios down in the order the Jays now have a 1-3 record (Marlins Sweep + last nights win).

Flip Rios and Wells in the order

In the Jays version 2.0 batting order Vernon is in the three spot and Rios is back hitting sixth. This seems to have (at least in the short-term) woken Rios up. In four games Alex has collected 9 hits, 2 HR and a 1.611 OPS. Conversely Wells is hitting .111 over this stretch, with two hits in 18 AB. I’d flip these two if this trend continues, even in the short-term (ie one or two more games)

Cito sticking up for his players?

“That’s what happens,” said a disgusted Gaston. “My guys don’t take batting practice every day and they don’t run, so things like this are going to happen.”

Is he for real? I hope not. It is what it is (and has been for 100 years +). Bitching about this baseball fact of life will solve nothing.
(On a side note pitchers run and jog all of the time). I’ll give Cito the benefit of the doubt and assume he’s sticking up for his club.

Jays would be better off in the NL anyways

Sticking with the DH argument, how good would the Jays look without the DH rule? They’ve lacked a true DH for the entire season. The vs righties lineup of Barajas, Overbay, Hill, Scutaro, Rolen, Lind, Wells, Rios would stand up very well in the NL.

Time for the longball

Grounball pitcher Ricky Romero was the Jays best bet vs the Phillies and Citizen Bank Park. I expect game’s two and three of the series to average four HR apiece. A series win vs the defending World Series champs is just what this club needs.