JJ Hardy to Twins for Bag of Balls 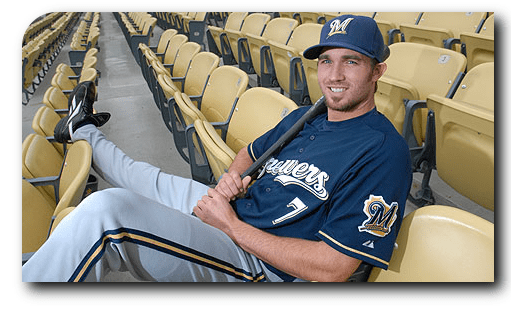 The Minnesota Twins completed a trade Friday to acquire shortstop J.J. Hardy from the Milwaukee Brewers in exchange for centerfielder Carlos Gomez.

I’ve never been as high on Hardy as fellow Jays bloggers over at Ghostrunner on First and the Blue Jay Hunter. Still, I winced when I think of the missed opportunity for the Jays when this trade crossed the wire.

Carlos Gomez provides great range in CF and can steal a bag. That’s the good stuff. Bad stuff? .638 career OPS, with a career high of .656 in 2008. He’s nothing more than an Endy Chavez type 4th outfielder. He can provide solid D and start for a week or two. Otherwise he’s not a starter at the MLB Level.

Hardy with the Bat (Bad)

With the Glove (Good)

Where Hardy does have value is in his fielding. His fielding runs and overall UZR/150 has always been impressive. Subjectively (ie watching games) he lives up to his billing as an above average SS. I don’t see this changing anytime soon. His glove alone is worth close to 3 WAR per season.

This puts the majority of his value is his fielding. Even in that sense he’ll earn his $5 million salary on a WAR basis. If his bat comes back around to even a .750 OPS in a tougher AL East he’ll represent a positive value. I look at Hardy as John McDonald defensively with some possible offensive upside. At the Twins price of Carlos Gomez I’d imagine the Jays could have snagged Hardy for one of their many backend starters. Will the club do any better (or any cheaper) on the Free Agent market?