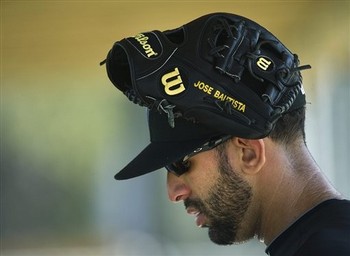 Taking a look at Jose’s defensive output during the early portion of 2011.

Jose’s defensive game has fallen under the radar this season (and understandably so) due to his Ruthian hitting display.

Yet statistical and visible evidence during Jays games this season backs up Joey Bats potentially adding a Glove to his nickname.

I rarely pro-rate but I’m one of the many victims of Bautista euphoria.

If Jose is able to keep up his UZR/150 ratio for the entire season he’ll be in Jay Bruce’s neighbourhood over in RF. 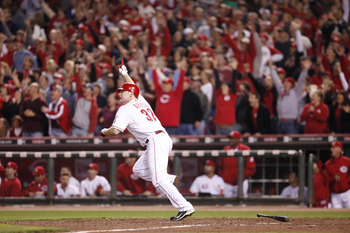 So far this season, according to baseball-reference, both Bruce & Bautista have contributed 0.6 WAR on the defensive end alone.

I was originally one of the ‘haters’ when Jose asking to stick exclusively in RF. I wanted his flexibility and bat at 3B. It’s time to apologize. Sorry Jose.

Clearly Jose knows what he’s doing. He’s locked in at the plate and making contributions with his glove & arm.

If these defensive stats hold throughout the course of the year, Jose could become an all around superstar, not ‘merely’ a offensive machine.