Jose Canseco has joined the defending champions of the Mexican League, the Tigres de Quintana Roo, based in Cancun, Mexico. 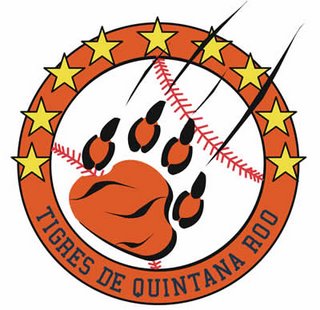 The last we saw of Jose Canseco, he was player/manager for the Laredo Broncos of the United League.  He then went on to play/manage the Yuma Scorpions of the independent North American Baseball League.  He hit .256 for them.  When not mashing taters in independent leagues, he has taken to Twitter to beg Oakland A’s GM Billy Beane for a tryout.

He again took to Twitter to let everyone know he was playing for the Triple A affiliate Tigres:

“I am thrilled to be back in affiliated professional baseball,” said Canseco. “Playing and managing for the independent league Yuma Scorpions last year really rekindled my love for the game and facing the veteran players in that league made me realize that I can still hit at the major league level. I am grateful that Cancun has given me this opportunity and I hope to help them to a championship season and demonstrate that I can help a big league team.”

To be clear, the Tigres aren’t actually affiliated with any MLB team.  For more details on the Mexican League, check out our Mexican League profile.  (I have also attended a Quintana Roo Tigres game before – check out my live-game notes on what it’s like.)

Tigres’ General Manager Rodriguez Meza had this to say about Canseco (my translation):

“He certainly is a veteran of high quality and experience.  The power hitting aspect of his game that he can provide the team is very interesting. He’ll be playing designated hitter and outfield. He knows he has an equal shot as the other foreigners and ultimately pre-season will determine the names of the five foreign players who make the team.”

Canseco will be joined by former Toronto Blue Jay signee Joey Gathright, another foreign-born player who is trying to make the team.