Josh Towers’ lifeless pitching corpse washed up on the shores of the Atlantic League this summer.  Towers was seeking one last chance at glory.  Would he get a taste of the glory? Just a taste?

On June 2nd of this year, the Camden Riversharks signed the 34-year old Towers with visions of him anchoring their starting rotation. After getting rocked in 4 games in the Mexican League for the Oaxaca Guerreros,  Towers was released in the spring.  He had not pitched competitively in 2 months.  Said the Riversharks’ manager:

“Josh is a solid player,” said Riversharks Manager Von Hayes.   “He’s going to start in the bullpen till we get him stretched out and in shape and then we’ll add him to the starting rotation.”

That turned out to be a mistake for the Riversharks.  In Towers’ first start, the Riversharks allowed a season-high 19 runs and 22 hits.    Towers lasted 4 innings. 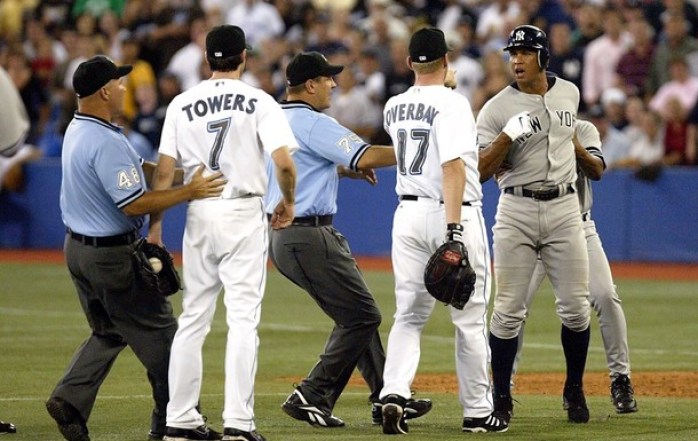 Towers went on to make 11 more starts with minimal success:

Towers realized this as well.  On August 7th, Josh Towers announced his retirement:

Riversharks RHP Josh Towers announced his retirement today, saying he’d like to focus on a coaching career. The 34 year old was drafted by the Baltimore Orioles in the 15th round of the 1996 amateur draft. He has pitched professionally for the O’s, Toronto Blue Jays and New York Yankees. In 13 games with the 2011 Riversharks, he was 5-6 with a 6.15 ERA

This comes as a surprise to no one, except, of course, Josh Towers himself. 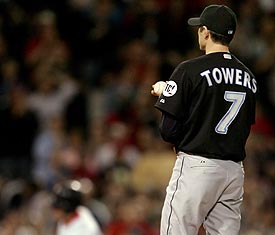 Make sure to watch this painful interview with Josh shortly after he signed with the Camden Riversharks:

For more quotable quotes from Josh, as well as his thoughts on Roy Halladay, be sure to check out Mr. X’s post, “Josh Towers Speaks.”

Images courtesy of the Atlantic League and CBC Sports.