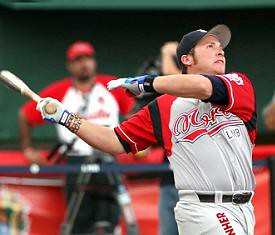 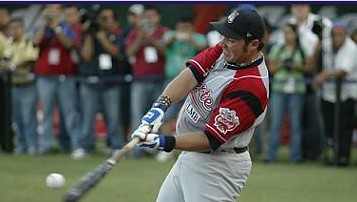 In the first round Garcia hit 7 bombs. Carlos Rivera and Donny Leon both hit 4 and Willis Ota±ez hit 3 to advance to the second round.

In the second round Carlos Rivera hit 6 jacks compared to Garcia’s 4.  Ota±ez hit 1 and Leon was shut out.

In the final, Rivera and Garcia both tied with 4 jonrun’s, however the dirty Mexican League tiebreak went to Garcia since he hit the furthest homerun.Â  As Early would say, “thick neck” is your new home run champ! 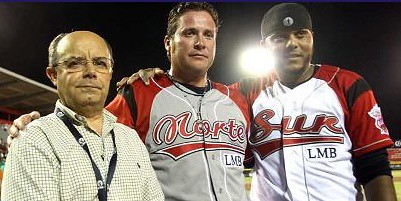