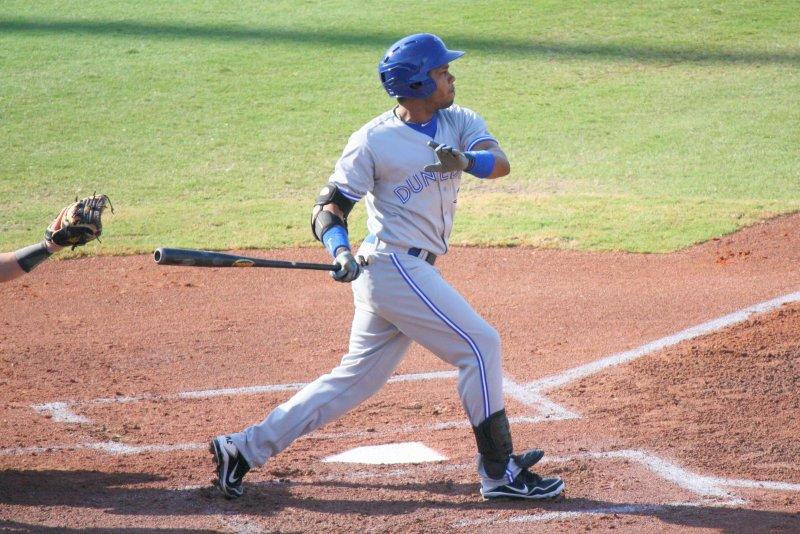 Kenen Bailli (Reyna) is a “prospect” for the Toronto Blue Jays, currently playing for the triple-A Las Vegas 51s of the Pacific Coast League.  I use the term prospect loosely, because at age 27, Bailli is hardly a prospect at all.

Bailli was a top-tier player in the Cuban National Series as a member of the Guantanamo Indios.  Kenen is a left-handed hitting outfielder who had an outstanding 2010 campaign before defecting.  In that final season, Bailli hit .377 with 15 doubles, 1 triple, 11 home runs and 65 RBI in only 69 games played.  His .377 average was good for 4th in the league. source 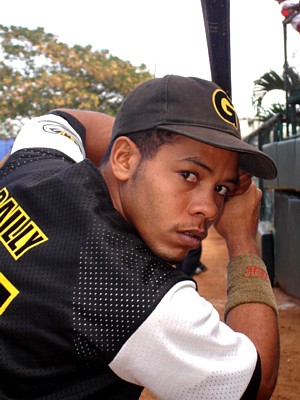 I haven’t been able to find much on his actual defection.  Perhaps his story is as harrowing as Yunel Escobar’s; perhaps not.  Regardless, Bailli was signed by the Blue Jays in late 2011 by their international scouting director Marco Paddy as an international free agent.

To say that Bailli’s path through the minor leagues has been unconventional would be an understatement.  After getting his feet wet with the Blue Jays’ GCL affiliate and then Dunedin in 2011, Bailli was assigned to Dunedin yet again for the 2012 season.  Strangely enough, however, Bailli played in only 26 of Dunedin’s first 61 games, often times coming off the bench in a pinch-running role.   With outfield prospects Michael Crouse, Marcus Knecht and Jake Marisnick needing the lion’s share of at-bats, Bailli was aggressively  promoted to double-A New Hampshire.  Bailli didn’t seem fazed:  in his first game he went  4 for 5 with a double.

In New Hampshire, Bailli began to get more playing time, although there were still many games where he was limited to a pinch-running or defensive-replacement role.  Again, this is most likely the result of New Hampshire manager Sal Fasano’s desire to distribute as many at-bats to younger, less-polished outfield prospects on the team.  In 36 games at New Hampshire, Bailli put up a .310/.336/.419 line.

At the July 31st trading deadline, Bailli got  his big break.  The Blue Jays divested themselves of three outfielders:  Eric Thames, Travis Snider and Ben Francisco.  At the same time, 51s right-fielder Moises Sierra was called up to the big club with Jose Bautista out with a wrist injury.  Kenen Bailli was called up to the triple-A Las Vegas 51s as back-fill and would finally get consistent playing time – or would he? 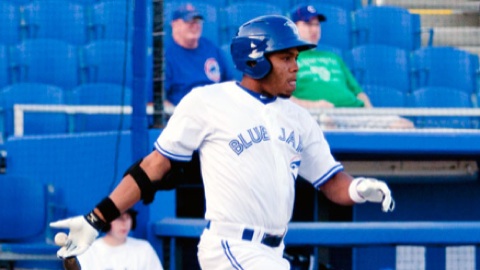 The answer, it turns out, is no.  In the 22 games that the 51s have played since Bailli was added to the roster, Kenen has started exactly eight of those games.  He’s come on as a late-inning replacement in three more of those games for a total of 11 games played out of 22.  Even with centrefielder Mike McCoy’s call-up to Toronto, Bailli’s playing time has not increased.  What’s going on?

In my opinion, it could be one of two things.  My first theory is centred on the fact that Kenen Bailli is Cuban, and as a result, he needs to be treated differently than the average prospect/free agent.  The culture shock a Cuban ballplayer experiences is severe – the same culture shock that fellow countryman Adeiny Hechavarria had to go through before him:

Despite weak numbers, Hechavarria says he’s improving incrementally, and that baseball is easy compared to the culture shock of coming to the U.S.

“I’m still not used to this life over here,” he says. “It’s not any one thing. . . . Over here doesn’t feel the same. It feels the same in baseball, but not in other things.”

Bailli’s “off days” might be spent with a tutor learning English as well as learning how to manage finances and adhere to a budget. In addition, the team may help to facilitate the establishment of a social support system to try and lessen the isolation that so many Cubans feel once defecting to the US.

My other theory is that the Blue Jays view Bailli as a finished product, more or less.  Rather than give Bailli at-bats at the expense of younger prospects who need them, the Blue Jays are content to have Kenen tweak certain facets of his game in the minors before bringing him up when rosters expand in September.

Jays Prospects interviewed Sal Fasano, manager of the New Hampshire Fisher Cats, in regards to Kenan Bailli. He had this to say:

“Bailli is a great kid and he plays with a lot of energy and he really enjoys playing the game. It’s nice to see that kind of youthful enthusiasm. Hopefully he can help and maybe give us a little bit more life.”

In that same piece it is noted that plate discipline has been an ongoing issue for Bailli.  This is not surprising, as the prevalent culture in Cuban baseball is to swing first and ask questions later.  It seems that the work of the Blue Jays’ minor league coaching staff is beginning to pay dividends:  in only 28 at-bats in Vegas, Bailli has as many walks (4) as he had in 129 at-bats in New Hampshire.  It may be that the Blue Jays have used Bailli’s time in the minors as more instructional than developmental.  At-bats for high-ceiling prospects don’t need to be sacrificed as much in order to polish some of the baseball fundamentals that are necessary to succeed at the professional level.  As I stated previously, at 27-years old, Kenen Bailli can not be considered a prospect in the traditional sense; his development curve has plateaued.  At this point in his career, it is more of a case of “what you see is what you get.”

At any rate, those are the only reasons I can come up with.  We’ll have a better idea what the team’s plans are for Bailli in September when Major League rosters are expanded.  At the age of 27, Kenen Bailli is entering the generally accepted (among the sabermetric community) prime of his career.  His development  has more or less concluded; the Blue Jays need to see if he can hack it at the Major League level.  Is Bailli good enough to be a starting outfielder?  Is he an inexpensive, in-house option to be the  4th outfielder? Or is he a sunk cost?  The stat-line is certainly too small for me to draw any significant conclusions.  Perhaps the Blue Jays already know the answer to this question. Stay tuned for September, when the Blue Jays roster will most likely have a very distinct Cuban flavour. 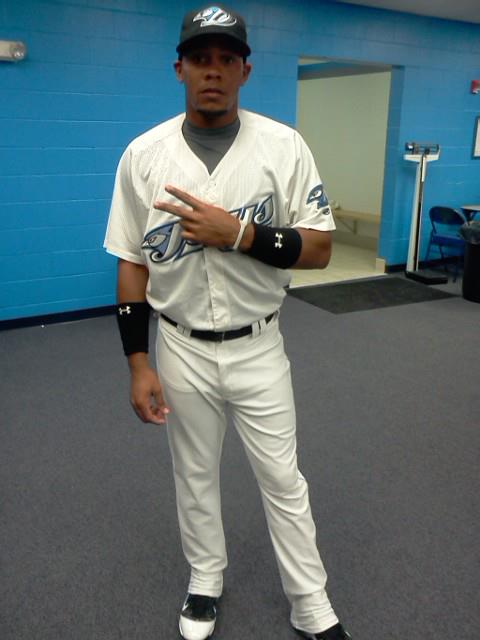