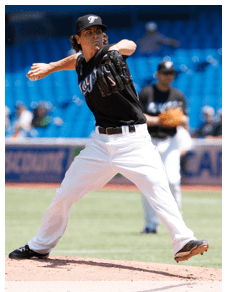 Taking a look at the positives & negatives from Zach Stewart’s MLB debut.

Zach Stewart made his MLB debut on Thursday. He spun 7 IP, allowing 7 hits, 1 HR, walking 1, hitting 1 and striking out 4.

MLB.TV Highlights (may or not be available)

Sample Size is obviously minimal at best and can swing widely over the next few starts. Here are key points from Zach’s debut start

67% of fastballs ended up as strikes. This allowed Stewart to effectively mix in his slider, which he threw 17.4% of the time (and anywhere from the first to final pitch of AB’s)

The strikeout wasn’t in play on Thursday but outs were made. Two strike AB’s were ended with outs 82% of the time, an A+ score and higher than the MLB average of 73%

Fastball location charts via Inside Edge scouting services. Stewart made RHB focus on the entire plate during his debut. He kept away from LHB, only surrenduring a hit vs an outside FB. 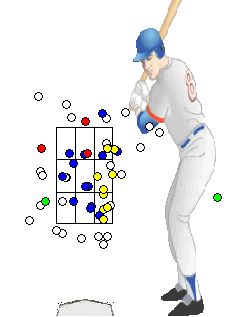 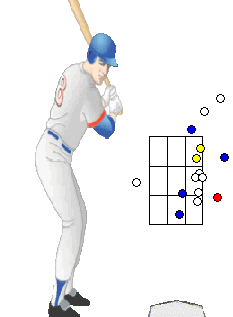 According to Pitch F/X movement charts, Zack’s FB is very similar to Clay Buchholz’s in terms on horizontal & vertical movement. It didn’t appear to be Buchholz quality via TV viewing and swing & miss data but Pitch F/X is Pitch F/X.

Only 1 in 13 on average. That’s around 7% and is way below the MLB average of 15%. Two of these three misses was via the slider. Stewart’s FB, hovering around 90 MPH all day, only missed one bat. It’s only one start, so the sample is small. This could be a big huge issue going forward. Zack’s minor league strikeout rate has declined for four consecutive seasons. He started at 9.8, then 8.0, 7.0 and finally 6.3 k/9 as he’s advanced throughout major league baseball. However, it’s just one start.

Overall, an encouraging start. His GB % was low (38%) and I’d like to see his swing & miss rate come up. If he can continue to throw strikes he’s worth a fair look at the MLB level for the remainder of the 2011 season.