Korea is the subject of the final installment of my series on international baseball.

Korea is home to 48 million inhabitants with 10.5 million residing in the capital, Seoul. Korea is most known for talented pitchers; inventing those tube-shaped noisemakers known as thunderstix; and the Korean War.

Baseball was introduced to Korea by American missionaries in the early 1900s who were trying to lure heathens into converting to Christianity. Tt was played in schools and with Christian groups. The most notable MLB players from Korea are Chan-Ho Park (the first Korean born player in MLB), Hee-Seop Choi, Byung-Hyun Kim, Jae Seo. One to watch is left handed pitching masher, Cleveland’s Shin-Soo Choo. 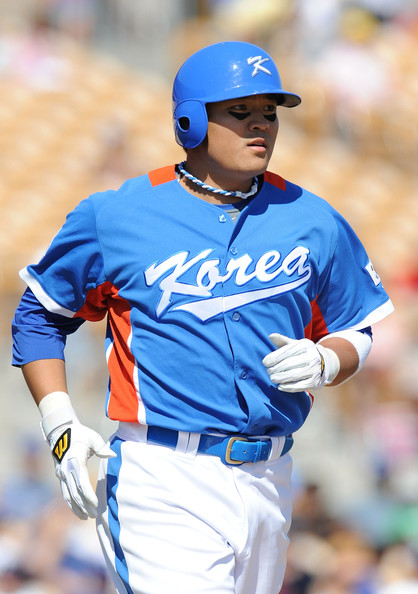 Each of the eight teams (Samsung Lions; Kia Tigers; LG Twins; Doosan Bears; CJ Nitkowski’s and Mike Johnson’s SK Wyverns; Lotte Giants; Hyundai Unicorns and Hanwha Eagles) plays an approximate 130-game regular season schedule, with the top four clubs – same as the Italian League – advancing to the playoffs. It differs in that the top two teams await the winner of the best-of-five series between the No. 3 and No. 4 teams. The winner then plays the No. 2 team in a best-of-five series to determine who will oppose the well-rested No. 1 team in the Korea Series, which is best-of-seven. Extra inning games are capped at12 innings (When a 12-inning game is finished at the same score, the game is declared a tie). Each team is allowed two foreign players. The calibre of play is generally accepted to beAAA level. Foreign-born players earn about $170,000-200,000 (U.S.) per season. So, even if you have a straight as an arrow 85mph fastball like Mike Johnson, you know you can still get paid phat ca$h playing abroad.

Korean pros are locked into a seven-year contract before they can be posted to an MLB team (a similar system to the Japanese posting structure) and nine years before they can test free agency. Teams hold spring camp in Hawaii, some at Aloha Stadium where many young Koreans participate in the Hawaii Winter League, while others train in Japan.

Ballparks in Korea are all less than 30,000 in capacity and are all outdoor. However, there is a mix of natural grass at some parks and artificial surface at others. Like in Japan, there is often a large amount of foul territory. Like the Mexican League, cheerleaders cheer on the hometeam in Korea. The SK Wyverns cheerleading squad is among the most enthusiastic in the league. 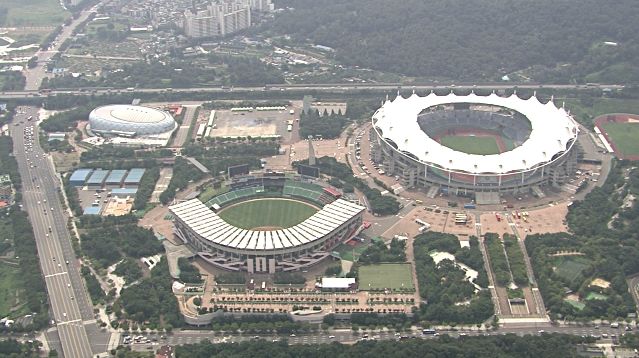 Western-style food is available at the ballpark as well as “Kim Bobs” a popular sushi like dish which is most often accompanied by an OB beer.