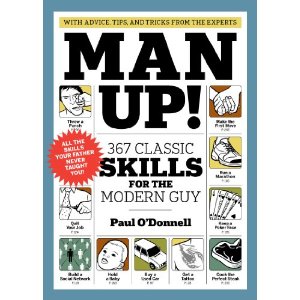 Time to man up Kyle.There’s no need to delve into specifics, Cal did a great job painting an overall picture of Kyle’s 2011 struggles (read the full article here: Send Kyle Drabek Down )

Here’s a direct quote from Cal

All one has to do is look at Drabek’s body language. He is an emotional mess on the mound. The thing with Kyle is that he has such outstanding stuff but he will do anything in his power to make sure he doesn’t get beat by the long ball…So, to avoid getting beat, Drabek nibbles on the corners.

Using FanGraphs, Texas Leaguer Pitch F/X and Inside Edge scouting services, pretty much everything Cal wrote can be verified. 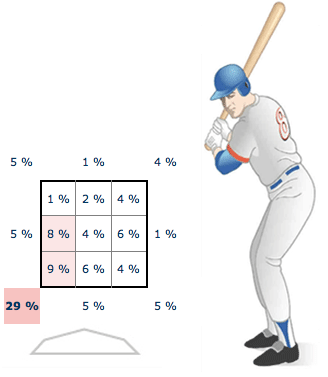 Over 50% off Kyle’s pitches to righties are low and outside. Granted, that’s the movement his fastball & cutter lean towards but still, it would be nice to see him challenge a hitter.

(Yellow represents fouled off, white is take or swing & miss, blue results in an out, red is a hit, green is chase out of zone)

A grand total of six pitches in the upper third of the plate. Kyle attempted to play it safe, spending the majority of the evening going low & away. Oddly enough, anything low & inside to righties was typically an out or a strike, save one hit.

When Drabek pitches in this manner, he makes a RHB job easy. The batter can effectively eliminate the majority of the zone and focus on the FB low and away. He can either gear up and pull the ball or chill & take i the other way.

To contrast this, here’s the same situational image (FB vs RHB) but this time from Kyle’s last decent start, his 7 IP & 1 ER outing in Detroit a few weeks back.

Quite a difference. Purpose pitches up & out of the zone, plenty of fouled off FB in the upper third. If I recall, that night it was freezing in Detroit and nothing could carry. This likely elivated any longball fears in Kyle’s mind.

There’s one thing I’d like to illustrate with the above two vs RHP images. Opposing batters aren’t chasing his low & away junk. Look at all of the white balls (takes). A rough estimate yields two chases (green) in about 25-30 pitches. Not effective or efficient.

Similar story but with a twist. Kyle likes to waste cutters inside to lefties, attempting to force chases. And it occasionally works. However, he falls in love with backdooring hitters. This is where he gets in trouble with his suspect control.

Red = hit. All four hits are in the middle quad of the plate. Likely backdoors that didn’t get the job done. Notice the lack of hitters damage on inside FBs. Also, notice the grand total of zero waste pitches up.

Only one hit, a backdoor FB. On this night his backdoor pitch was working. He didn’t earn any chases inside but kept hitters on there toes by going upstairs, forcing a few chases.

What I’m getting at is basically…

When Kyle pitches scared he gets beat up. This includes sticking primarily away vs RHP & getting backdoor happy against LHP when he doesn’t have his A control.

He finds success when he forces hitters to use at least 7 quadrants of the strike zone, challenges in & upstairs and has his control in check.

Kyle’s next start is tomorrow. I’ll recap it further down in this post on Monday. Will he challenge hitters or play it safe? 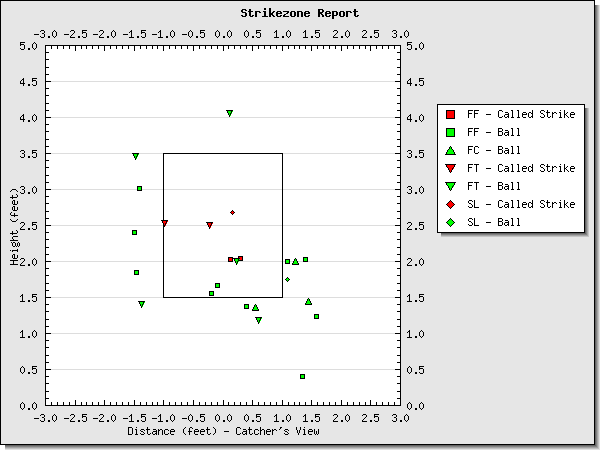 Kyle went far inside vs righties on Sunday but rarely went into the 1st three quads of the zone. He avoided going up for the most part and once again threw multiple balls low & away to batters. The HR allowed to Pedroia was incorrectly classified as a fastball by the Jays TV crew. It was actually an 85 MPH hanging curve or change. 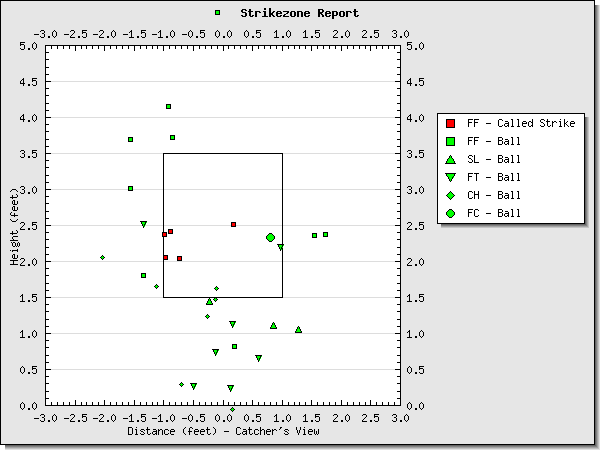 Mostly low, mostly away to lefties. Adrian Gonzalez took an early 2-0 FB and cranked it out for a HR. Drabek seemed to loss his cool from that moment forward. Plenty of low waste pitches, although he did earn some swings and misses (not on the above chart) via low change-ups. Once again Kyle avoided challenging hitters up in the zone.

During the game I tweeted that Kyle should trust his change-up, as it was about the only pitch working for him on Sunday. The pitch was only thrown in even or ahead counts (and 3-2). This strategy became problematic when Drabek would fall behind batter after batter.

A 26+% whiff rate on change-ups! Astounding rate, especially when considering what Pitch F/X called his 4-seamer clocked in at a 0% whiff rate, 20.5% foul rate and 12.8% in-play rate. I’m amazed that the Jays/Drabek/Arencibia didn’t catch onto this during the game and alter the gameplan.

No screen caps but Drabek was once again visibly upset on the mound, flicking his glove at come back tosses and swearing after hits.

A.J. never matured. Kyle’s just a 23 year old kid and can turn things around. Right now he needs to find his game. Having him do it on clock at the MLB level, while jeopardizing games for a .500 club & killing the bullpen with short outings is not the answer. A humbling experience could be a long-term positive. Let’s send Drabek down to AAA as quickly as possible.