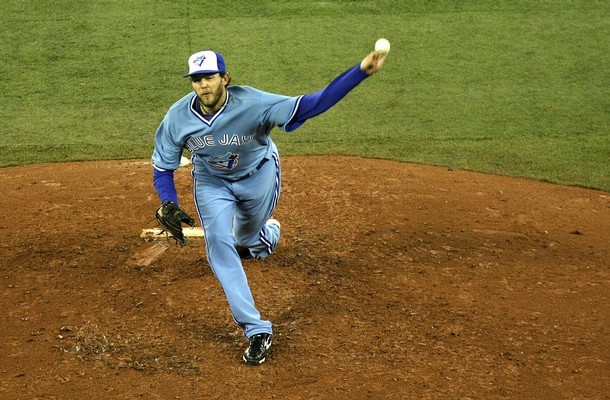 The Blue Jays own the AL’s best record at 27-14. They begin a nine-game road trip Tuesday night at Fenway Park when they play the Boston Red Sox for the first time this season and have a 3.5 game lead over the Red Sox after a series sweep (4 games) of the Chicago White Sox.

They’ll be facing a Red Sox club that’s struggled to keep up with the high flying Blue Jays after an 11 game win streak kept them competitive.

For Toronto’s Kevin Millar, who hit a solo homer in yesterday’s game, it’s a return to the city where he won the 2004 World Series.

“It’s a part of you, no matter what,” Millar said. “I had some good years back there. It’s a fun place to play, one of my favorite parks and it’s nice going there leading the East.” 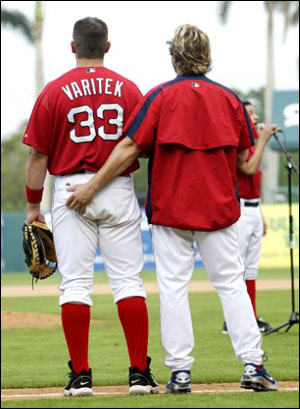 Toronto third baseman Scott Rolen made a diving stop  yesterday and then threw from one knee to retire Josh Fields in the third. Fields gave Rolen a tip of the cap as he headed back to the dugout and Jays fans gave him a rare standing ovation.  That has nothing to do with today’s game, but I wanted an excuse to post the video of him doing it.

David Ortiz, batting .208 with no home runs, was 12 for 67 (.179) last season against Toronto as the teams split 18 meetings. He batted .250 versus the Blue Jays at Fenway, where Boston won five of nine matchups.

A while back when the Sox faced the Yankees for the first time of the season I wrote this:

A key reason has been pitchers’ ability to expose Ortiz’s weakness on the inner part of the plate. Ortiz has a .275 well-hit average against inside fastballs since 2007 compared with .397 on the outer part, so he’s being served a steady diet of inside heaters.

Pitchers have thrown 22 percent of fastballs high and tight to Ortiz, who has struck out five times so far on at-bats ending with a heater up and in.

I expect that pattern to remain the same this game.

Brian Tallet (2-1, 4.68) is expected to make his seventh start of the season for Toronto — one more than his career total through his first six seasons.

Since a spectacular implosion in Kansas City in April where he allowed 10 runs in four innings, the goofy-looking-weirdo-yet-studly Tallet has gone 1-0 with a 2.70 ERA in three starts.

Knuckleballer Tim Wakefield gets the start for the BoSox. 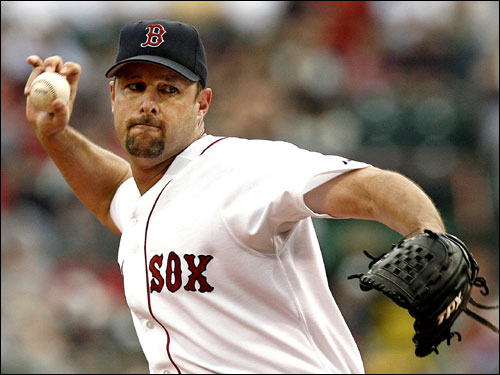 With 11 home runs this season, Jason Bay has gone deep once every 12 at-bats, the second-fastest home run pace in the American League. Since moving from the Pirates to the Red Sox at last year’s trade deadline, Bay is belting homers at a brisker clip despite a lower well-hit average and only a small improvement to his fly ball-ground ball ratio.  His well hit average is .252 with the Red Sox compared to .267 with the Pirates.

Neither Fenway Park nor PNC Park is a home run haven, making the change of scenery an unlikely factor in Bay’s long ball output. Instead, at least part of the credit goes to a change in his approach. All of the increase has been on hitters’ counts. Except for 3-0, when Bay takes 100 percent of pitches, he’s been more likely to swing the bat on positive (hitter’s) counts.  His miss % with the Red Sox is 23% while it was only 16% with the Pirates.  The higher miss rate has caused Bay to strike out more often, but it’s been a good tradeoff. His OPS is .984 since arriving in Boston, compared to .894 with Pittsburgh last year.

He has only two home runs against left-handers this season, so Tuesday’s matchup against Blue Jays lefty Brian Tallet looks unfavorable for Bay. However, he hit his latest blast off another typical lefty, the Mariners’ Garrett Olson, on Friday. 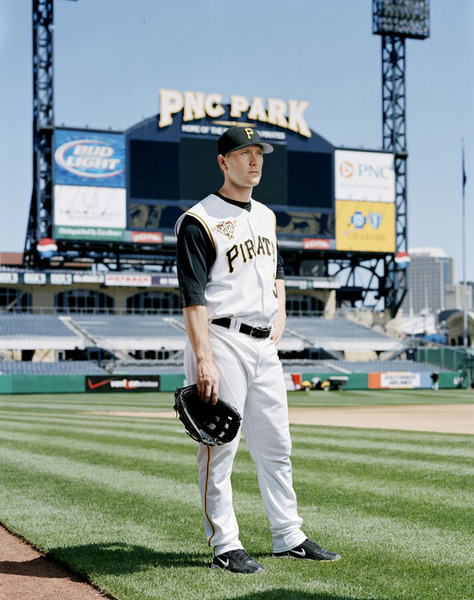 I will be liveblogging tonight’s tilt between the two AL East superpowers over at the Score.  The game will be on TSN2, so for those of you who don’t have it this is the perfect opportunity to stop in and follow the game with other Jays fans (and even throw down a little trash talk if you so desire).  http://liveblogs.thescore.com/Event/MLB_-_Blue_Jays_vs_Red_Sox