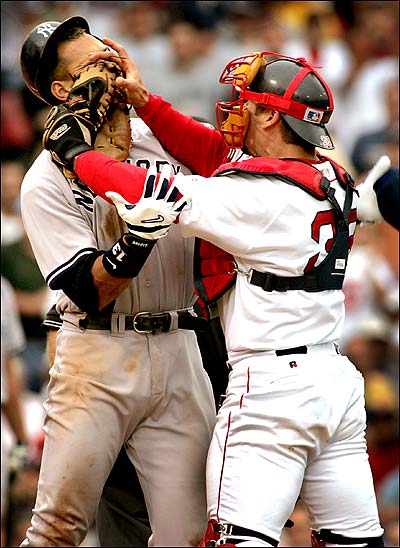 Temperatures should be well into the mid 20s in Boston this weekend, so the upcoming Red Sox-Yankees series will have the feel of a midsummer classic.

Both teams enter the weekend’s 3 game series with identical 9-6 records. The Red Sox have gained the upper hand in the rivalry in recent years, having won the World Series twice in the last 4 years while the Yankees have not won since 2000.  The Yankees missed the playoffs last season, the first time since 1993. The Red Sox will also be looking to extend a seven-game overall winning streak when the teams renew acquaintances at Fenway Park on tonight. The teams split 18 meetings in 2008, and they’re separated by just four games (New York is 65-61) in the head-to-head series since the beginning of 2003, including playoffs.

Two of the best young guns in the game in Jon Lester and Joba Chamberlain will be squaring off tonight. Both will be trying to set the tone for the series. Joba Chamberlain (0-0, 5.06) will be looking for a bounce-back effort after giving up five runs and walking five in 4 2/3 innings against Cleveland last Friday. Chamberlain is 2-0 with a 3.12 ERA in six career appearances — two starts — versus the Red Sox. Lester, who signed a five-year contract extension during spring training, also has had an inconsistent start to his season. His last start, however, looked more like the Lester from 2008 — he struck out nine in seven innings against the Orioles.

Another interesting thing to keep in mind was how differently these teams approached the offseason. The Yankees spent more than $400 million on CC Sabathia, Burnett and Mark Teixeira; the Red Sox ended up lowering their overall payroll and signed John Smoltz, Brad Penny, Takashi Saito and Rocco Baldelli for $12.5 million. The Yankees scored a victory on two fronts when they signed Teixeira, a player Boston also coveted. Not only did they add him to their lineup but they kept him away from their archrivals.

Last year, the Yankees missed the playoffs for the first time since 1993, but that lack of success has only served to intensify the rivalry. 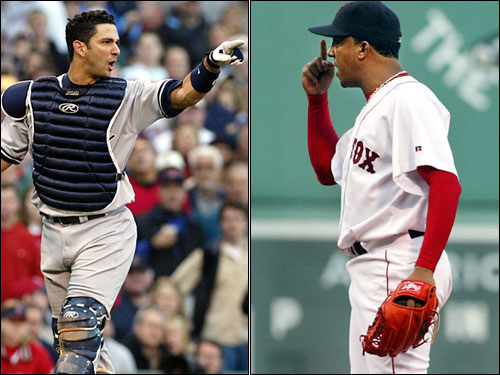 New York outspent Boston for slugger Mark Teixeira, a fact the first baseman will surely be reminded of when he’s welcomed into the rivalry at Fenway, where he’s 12-for-62 (.194) in his career.

“I expect heavy boos,” Teixeira said. “I expect nothing less from those fans.”

One thing to watch: David Ortiz has collected five hits over his past 12 at-bats, including four for extra bases. Still, he is looking for his first home run of the season, his strikeouts are way up, his walks are down and he is still batting just .220. What’s wrong with Big Papi?

Ortiz has hit the ball in the air 78 percent of the time he’s put it in play, but with less authority. He had an .843 slugging percentage on line drives and fly balls last year, but just .576 in the early going of 2009. Ortiz has no hits on ground balls, further indication that he’s getting under everything. He has struck out 24 percent of the time compared with 16 percent last year as his chase rate has ballooned from 19 percent to 28 percent.

A key reason has been pitchers’ ability to expose Ortiz’s weakness on the inner part of the plate. Ortiz has a .275 well-hit average against inside fastballs since 2007 compared with .397 on the outer part, so he’s being served a steady diet of inside heaters.

Pitchers have thrown 22 percent of fastballs high and tight to Ortiz, who has struck out five times so far on at-bats ending with a heater up and in.

And to add a little drama to the occasion (not that it needs any), David Ortiz has a message for Joba Chamberlain.

Chamberlain has earned the reputation as a bit of a head hunter after a series of incidents with Red Sox first baseman Kevin Youkilis, whom the Yanks right-hander has buzzed four times in the last two seasons.

“He’s a guy that, as good as he is, the next step for him will be to earn respect from everyone in the league so people don’t get the wrong idea about him because he’s not a bad guy,” Ortiz said after the Sox’ 7-3 win against the Twins on Wednesday night. “When things like that happen (throwing at Youkilis), people get the wrong idea.” I will be liveblogging the renewal of this heated rivaly tonight over at The Score.  Stop by, follow along, ask questions, trash talk, do whatever you want at: http://liveblogs.thescore.com/Event/MLB_-_Yankees_vs_Red_Sox

Follow using Score Mobile if you are out and about on a Friday night.