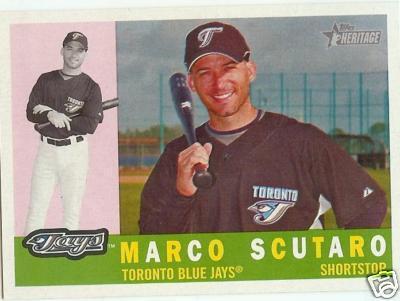 I’d like to get everyone’s thoughts on this one. Is it worth locking up Marco to a medium-term contract?

Marco’s deal with the Jays ends this season. 2009 was his last arbitration season, so he’ll be eligible for free agency in 2010.

The projected future SS of the Jays Justin Jackson (who will return to High A after a two week injury) has yet to live up to the hype. To be fair he’s only 20 years old, yet he’s only been able to muster a .141 AVG in 90 PA this season. He posted a .708 OPS last season with a meager .238 AVG. I think its safe to say that Jackson won’t be MLB ready until 2011 at the earliest, due to a combination of his age and spotty minor league track record.

Marco’s D has been solid and at least to this point he’s given the Jays a real OBP threat from the leadoff position for the first time in years. His slugging percentage has shrunk in May (.314 vs .506 in April) but the walks are still present.

What’s the proper course of action? Try to sign Marco to 2010 & 2011 right now during the season? Wait until the off-season for contract talks (with other teams involved during free agency)? or just flat out let him walk after the season?