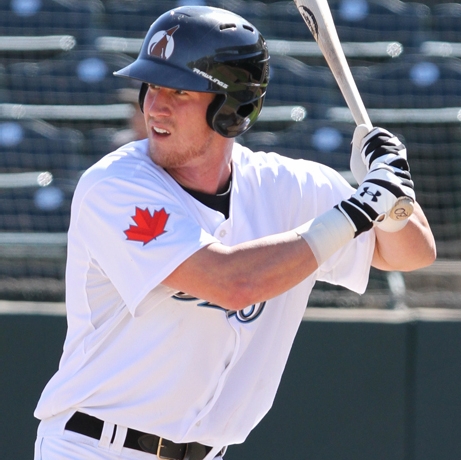 Toronto Blue Jays OF prospect Adam Loewen (who we have looked at previously) has started off red hot in the Arizona Fall League, building on the success & experience as a member of team Canada in the World Cup.  In Loewen’s first game as a Phoenix Desert Dog he was 0/1 with 2 runs and 3 walks.  He followed that up with a 4/5 game last night with a double and a run. 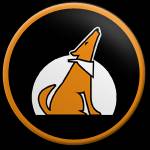 That brought his OPS to 1.611! I know, small sample size but this is a good sign for Loewen as the level of competition is much higher than in the Florida State League.  Here are his 2 game stats:

And now the moment you have all been waiting for! #1 pick in this year’s draft, Steven Strasburg, will be making his debut tonight (Friday night).

The Nationals have placed Strasburg on a slow track, resisting the temptation to send him to short-season Class A ball and perhaps rushing him to the Majors when rosters expanded to 40 men on Sept. 1. Instead he spent much of the summer at home in San Diego, taking it easy.

“I did some deep-sea fishing, played some golf, spent some time with my family,” he said. “I knew this was going to be my last summer off, hopefully for a long, long time.”

In September, Strasburg was sent to the Florida Instructional League, where he threw five live innings over the course of two appearances. What the Nationals have in store for him in 2010 is up for conjecture, he said. He signed a Major League contract, though there’s no guarantee that he’ll be in Major League camp come Spring Training.

All Strasburg knows is that he’s ready to get back to work. He’s not aware of any pitch count for his first AFL outing. He threw three innings at Kissimmee, Fla., last Saturday, so he figures he will probably go longer than that under the Friday night lights. 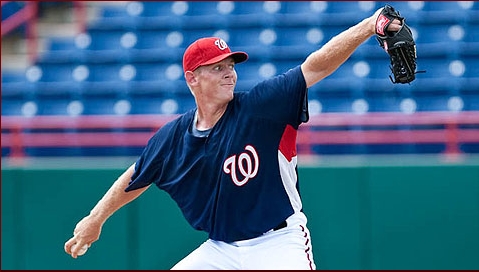 Another interesting note: The NPB (the Japanese Professional Baseball League) has sent prospects to the AFL for this first time this season.