Not long ago, when it was Academy Award season, I sought out a quirky independent film called The Sessions.  There was considerable buzz surrounding the film as it had won two awards at the Sundance Film Festival and was nominated for an Academy Award in the category of lead actress.  The film is based on the true story of poet Mark O’Brien (played exquisitely by John Hawkes – the same man who played Kenny Powers’ brother in Eastbound and Down), a 38-year old man in an iron lung who wishes to lose his virginity.  In order to do so, he contacts a professional sex surrogate (played by Helen Hunt). 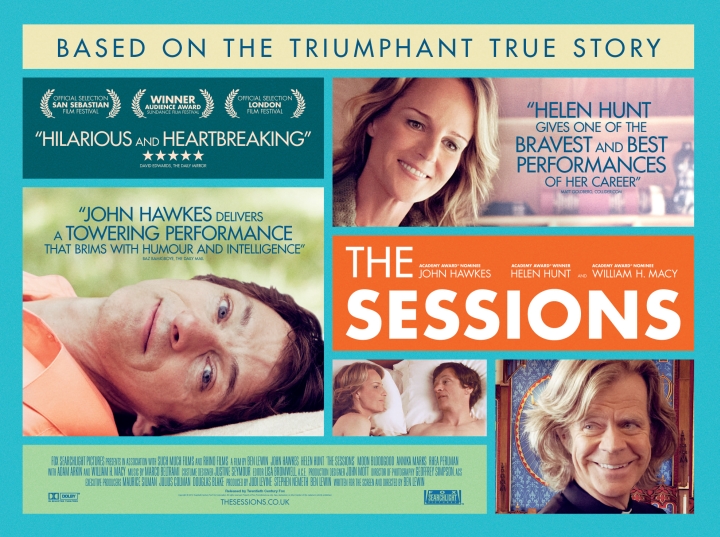 Although The Sessions is a phenomenal movie and I recommend it highly, that’s not what this post is about.  While watching The Sessions, we – the audience – are introduced to O’Brien’s poetry. The most compelling those poems, in my opinion, is the one which comes at the end of the film.  His Love Poem for No One in Particular describes how painful his predicament is. Paralyzed and powerless with the inability to express his love for another physically, O’Brien evokes deep feelings of frustration and sadness, but also hope:

Let me touch you with my words
For my hands lie limp as empty gloves
Let my words stroke your hair
Slide down your back and tickle your belly
For my hands, light and free-flying as bricks
Ignore my wishes and stubbornly refuse to carry out my quietest desires
Let my words enter your mind bearing torches
Admit them willingly into your being
So they may caress you gently within

What a range of images and tones, connected and impelled by the steadiness of his voice.

I admit that I was touched as I heard that poem recited, and as the credits rolled, something piqued my interest (actually, I would have missed it altogether if it was not for my eagle-eyed friend).  The names of the poems were listed, and it credited the Love Poem to No One in Particular to a book called Love & Baseball: Poems on America’s Favourite Pastimes.  Mark O’Brien wrote poems about baseball?!  I sought the book out right away… and here we are. 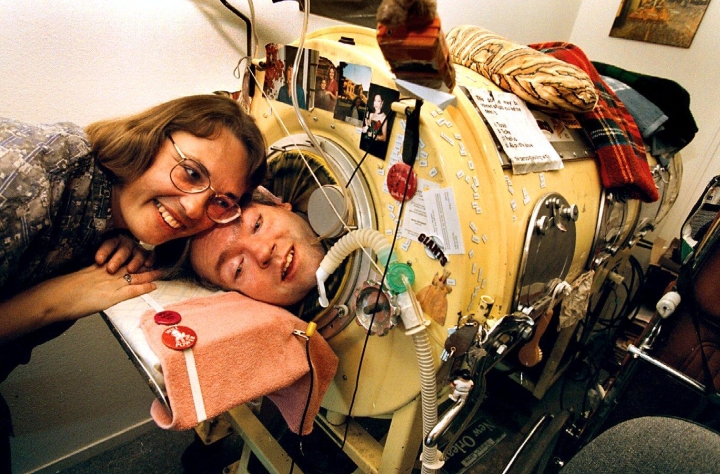 Co-authored by O’Brien’s artistic and romantic partner, Susan Fernbach, Love & Baseball comes as advertised.  The book contains 27 poems about love, baseball, or both.  Buyer beware: the poems are centred much more on the former than the latter (not that it’s a bad thing).  While O’Brien’s poems are clearly stronger, Fernbach’s poems are worthwhile reads in their own right – and much more focused.

The highlight for me is In December, the Fan Looks Forward to Spring.  An excerpt:

I love this slow, exquisite, formal game,
Enjoyed by Mexicans and Japanese,
Because it gives me pleasures of the soul —
Flamboyant passions of the matador,
An oriental silkscreen’s certain peace.

and, of course there is the titular Love & Baseball, written by Susan Fernbach:

The men I’ve loved have loved the game.
Each of them has had something to teach me
About deep devotion.

When it comes to the topic of love, O’Brien is no slouch. In Rough Winds Do Shake the Darling Buds of May, he does his best Neruda impersonation:

the winds have softened, the Sun’s reclaimed her throne
in Heaven’s gaudy court, we’ll have our fling
memorize each other’s eyes until
we have them right and they become our own.

In short, this collection of poems is joyous, uplifting and devastatingly heartbreaking.  While serious at times, O’Brien’s wicked and also silly sense of humour shines through. In other words, this book contains something for everyone.

This hidden gem can be purchased from the publishing company that Mark O’Brien founded, Lemonade Factory Press.  Next up will undoubtedly be Sonnets & Strikeouts: More Poems on America’s Favourite Pastimes. 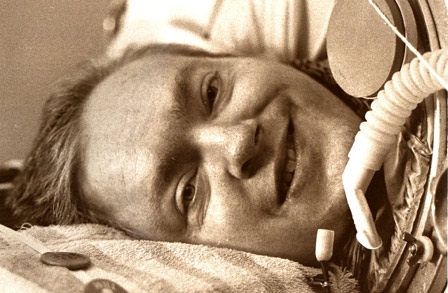