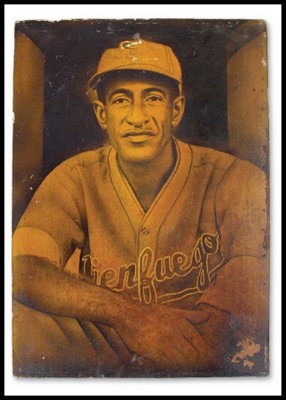 The first pitcher from Havana named Luis Tiant to arrive in the US was Luis Tiant Sr., who in 1931 played an exhibition game in Council Bluffs, Iowa.  But it was in 1926 that Tiant began his baseball career, pitching for the Almendares Blues.  He then went on to pitch for the championship Cienfuegos team in 1929 and outclassed most of the Cuban hitters.  Though a few light-skinned Cubans were playing in the major leagues, Tiant was deemed too dark.  So he took a job pitching in the Negro Leagues. He became a star.  By 1935, he was known by Negro League baseball fans as “Lefty” Tiant, and received more all-star votes than any Negro League pitcher. Even more than the great Satchel Paige.  Chicago’s black newspaper “The Defender” wrote that Luis Tiant Sr. was one of the greatest pitchers in the history of the game.

When Babe Ruth brought a team of white major leaguers to play an exhibition against the New York Cubans, Tiant was chosen to pitch.  Lefty struck the Babe out and the Negro Leaguers easily defeated the big leaguers.

Says teammate Armando Vazquez: “He was a good pitcher.  He could have been a good pitcher in the major leagues – easy.  He would have no trouble with that. Coming to play in the big leagues.”

“Everybody talked about Tiant, of course.  He was so good. I’m telling you Tiant was one hell of a pitcher.” 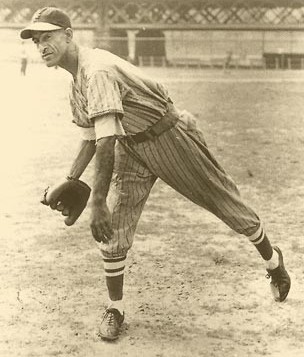 Tiant was known as the “Cuban Carl Hubbell” for his crafty left-handed pitching style and nasty screwball.  One legend claims that Lefty Tiant invented the screwball.  Although it is impossible to prove, one thing is clear: he was a master of the art of pitching.  Not blessed with a strong fastball, instead Tiant relied on cunning and guile to succeed.  He once threw a 20 inning complete game.

“Tiant–you know he could pitch! He was the ugliest snaggle-toothed guy. He could rock back and throw to first base and if you weren’t sharp, why he’d catch you.”  -Negro League third baseman Bobby Robinson

In 1947, Lefty Tiant was 41 years old and had his finest season in the Negro Leagues.  He was an undefeated 10-0 for the New York Cubans, leading them to their first and only Negro World Championship.

In total Lefty pitched 18 seasons in Cuba, the US and all over Latin-America.  In addition to pitching for the New York Cubans, Tiant Sr. pitched for the Cuban Stars and the Cuban House of David team.  What a sight that must have been.   After his retirement, Tiant had to “fight a hard struggle with life” as his son Luis Jr. put it, working as a mover, construction worker and gas station attendant in Havana’s Miramar district.

In 1975, Luis Tiant Jr. lobbied US Senator George McGovern to butter up Fidel Castro on a visit to Cuba to allow his father to visit him in the United States.  McGovern engaged Castro in a discussion on baseball, one of the Jefe’s passions.  In a rare moment of compassion, Fidel allowed Lefty Tiant to travel to the US to be reunited with his son – for as long as he wanted.

Father and son had not seen each other in 15 years.  After 69 years, Lefty finally pitched off a Major League mound – throwing out the first pitch of a Red Sox playoff game.  It was a strike.

Tiant Sr. then went on to watch his son pitch in the World Series and turn in one of the all time great playoff performances.

Lefty Tiant passed away not long after, in 1976.  He was elected to the Cuban Baseball Hall of Fame in 1983.

One interesting tidbit: in 1937 Lefty Tiant played with Martin Dihigo for the Aguilas Cibaeñas team in the Dominican Republic, the same team to lose to the infamous Ciudad Trujillo team in the finals (a team that boasted both Satchel Paige, Cool Papa Bell and Josh Gibson). 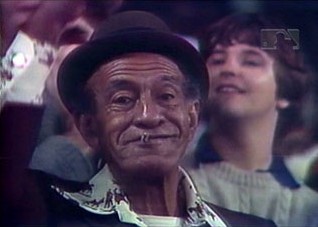