That’s a lot to pay for any player, let alone a question mark like Manny Ramirez. Sure, Manny had a great run with the Dodgers last season in 53 games, I’m not going to argue that point. However his 2007 season was poor (by his standards) and his Red Sox portion of 2008, while good, doesn’t justify this type of money.

Of course the Dodgers aren’t your average team in terms of revenue. The multitude of young stars and the low cost contracts that they carry are the reason why the Dodgers can spend this kind of coin on Manny.

I still believe that the Dodgers 2009 success will come down to the clubs ability in continuing to develop the young pitching staff. 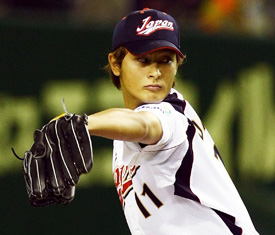 In the opening game of the WBC tournament Yu Darvish lived up to the hype and dominated the Chinese squad, allowing no hits, walking one and striking out three in four innings pitched. In total Yu threw only 46 pitches (26 for strikes) and induced five groundballs.

For more info and video highlights you can check out our article Yu Darvish – Best Pitcher in Japan? 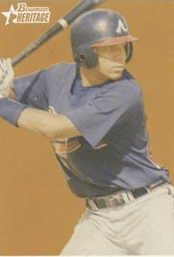 When Michael Young agreed to move to the hot corner for the upcoming 2009 season it opened the door for 20 year old Elvis Andrus in Texas. Andrus was acquired (along with top 10 prospect Neftali Feliz, Rangers prospective #3 starter Matt Harrison and catcher Jarrod Saltalamacchia) in the Mark Texiera trade back a few years ago. What an awful trade for Braves fans, who in essence can wear “and all I got was Casey Kotchman” t-shirts.

Anyways, I see bringing up Andrus as one of, if not the biggest prospect rush jobs of 2009. And that’s not even taking into account any contract implications (which are pretty major). Elvis has shown no power at all in his minor league career, hitting only 15 HR in about 1750 plate appearances. As a 19 year old in AA in 2008 he hit a career best .295, yet he only knocked out 4 HR, a .367 SLG and walked only 38 times vs 91 strikeouts. A noted base stealer, Andrus has been caught stealing 15 times or more in each of the past three minor league seasons. Offensively Elvis is far from ready at this point and the Rangers could be making a long-term developmental mistake by rushing Andrus to the show in 2009.