“I want to get back out there and get some competitive games under my belt,” said Prior, who was a first-team All-American pitcher for USC in 2001. “It’s been a few years with a couple shoulder surgeries. I finally feel that I’m at a point now that I can go out, compete and get guys out, so that’s the first step.”

Pitching for the Chicago Cubs for 5 seasons beginning in 2002, Prior won 42 games.  His best season came in 2003 when he went 18-6 with a 2.43 ERA.  In 2004 the injury bug bit Prior, beginning with an achilles tendon injury followed up by elbow and  shoulder injuries.  Prior had major shoulder surgery, didn’t pitch in 2007 and was subsequently cut by the Cubs.  The San Diego Padres took a chance on Prior but he had a recurrence of shoulder issues and he was released mid-season without ever having thrown a pitch. 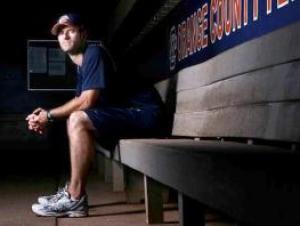 Since then Prior has been training under the watchful eye of pitching guru Tom House for 9 months.  On June 30th, 20 scouts from Major League teams attended an open workout yet none extended Prior a single offer.  Regardless, the work with Tom House seems to have paid off – Prior is throwing in the 90’s again.

“He’s doing this to show people he can be durable and can continue to pitch,” House said. “My guess is he’ll get to the big leagues real quick.”

Both house and Prior believe that the path of least resistance to the big leagues lies in Prior pitching in a relief role -especially with the lack of quality relief pitchers available at the trade deadline.

So far, so good – in one appearance, anyway.  Prior pitched a scoreless sixth inning of relief in his Orange County Flyers debut, a 6-0 win over the Victoria Seals in the second game of Tuesday afternoon’s doubleheader.

Prior retired the top of the Seals order, including striking out Tim Rodriguez to end the inning, before turning the ball over to closer Andre Simpson. 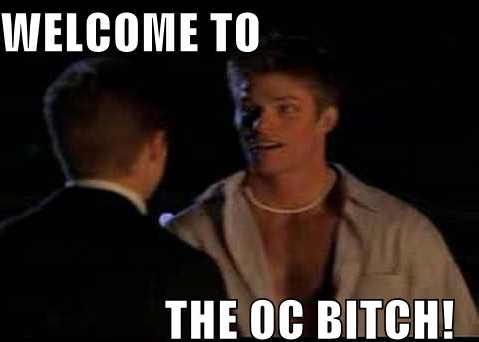 Perhaps this will shed some hope on Dustin McGowan’s comeback  from shoulder surgery, which is not unlike Mark Prior’s.

Update: In 6 innings, Prior has dominated. He’s struck out 13 while walking only 3.  So far so good!