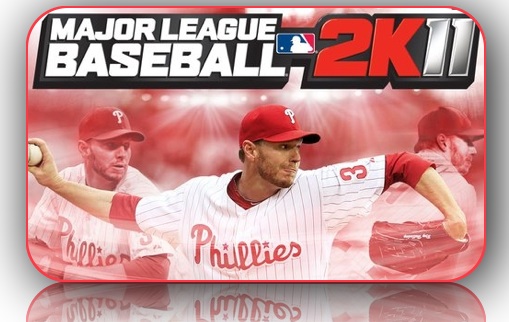 Originally planned to be a straight review of 2K11, this review (after playing MLB The Show 11 a few days earlier), has broken down into a comparison of the Show and 2K11.

Is this the year that 2K pulls ahead of The Show?What I liked

I actually prefer the in-game analog mechanics in MLB 2K over ‘The Show’. The pitching is more in-depth in terms of controller movement. I also prefer the hitting. The load stage (pull back, then forward) isn’t as reliant on balance as ‘The Shows’. Regular swing (forward movement) and contact (side movement) are also simplified. Fielding is a weird mixture of analog and traditional button pushing.

The presentation in MLB 2K is also a step above the show. Commentary is better and is tailored towards the upcoming 2011 season. The Shows commentary is geared more towards vague in game statements such as pitch counts and strategies.

A gimmick mode but fun nonetheless. Upon start-up the game goes right into updating daily rosters and listing each days ballgames. For example, yesterday I was able to play a spring game as the Jays vs the Twins. This should be fun for those heading out to the park or getting ready to watch a game. Play it before it happens. Will this get old by mid-season? Guess we’ll find out. 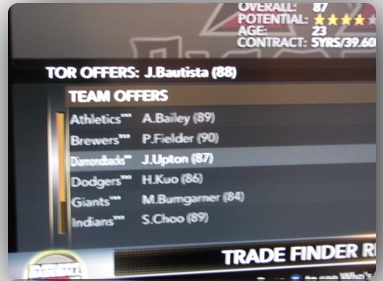 The franchise mode in MLB 2K is superior to The Show’s IMO. Season lengths can be shortened (although to only a minimum of 52 games), trading is made simpler and sabermetrical components are far greater. For example, in The Show, signing FA’s is a pain. If I’d like to sign a Jim Edmonds in The Show, I would have to bid for a 4 year contract. MLB 2K is a more realistic 1 year contract. Also, trading is much easier and quicker in 2K. For example, I choose the Jays. I put Jose Bautista up on the market. The game came back with about 10 immediate offers. A click of a button and I dealt Jose for Justin Upton.

Travel, scouting upgrades, etc still exist within the Franchise mode. On plus is the inclusion of Inside Edge scouting services. The game uses the exact same quick scouting reports that the actual Inside Edge service provides. This adds a touch of realism from the get go.

There is a night and day difference between The Show & MLB 2K. MLB 2K’s graphics are improved over the past version that I’ve played (2K8), but on the whole, 2K11’s graphics still come across as a launch title for this generation of consoles. Players are blocky and faces are poorly rendered for non-star players. 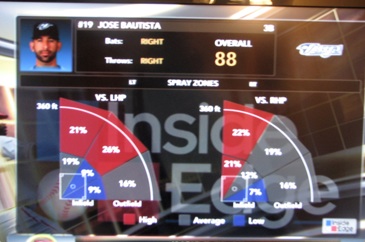 This mode isn’t bad per se but it fails in comparison to ‘Road to the Show’. Right from the start, this mode shows its warts. The player creation menu is sparse. There aren’t as many personalized options for creation as can be found in The Show. Also, at the start, attribute points are set by the computer for the position that you’ve chosen. This time around I went with a first basemen, and all his points were set in advance.

Once inside the game the regular modes are available. Training, in-game goals etc. One negative, in terms of in game experience, is a lack of commentary for minor league games and tasks. When you come up to bat in the minors the only available audio is crowd noise and walk-up nickname introduction (hat tip: Alain). I imagine the argument is along the lines of “having to build your way to the top”. To me it came across simply as low rent.

Also, it appears that some actions are predetermined. I left my controller while my players was on D. My player made two errors in a row. The third batter of the inning stepped to the plate and hit a total of 8 consecutive groundballs just foul of my player (1st base). On the ninth attempt he hit it fair to my player. For this I earned 25 attribute points (without being punished for the errors). 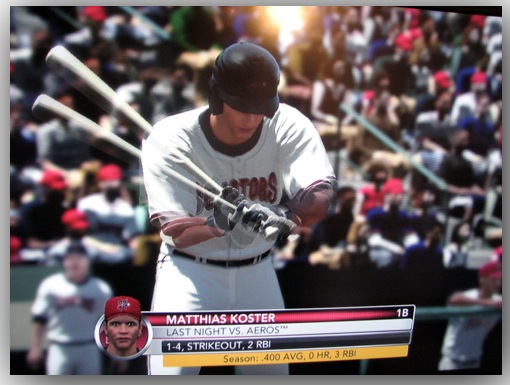 Attribute points can be earned and placed in respective categories. On the whole this mode isn’t terrible, however it could benefit from a little more care and a touch of paint.

MLB 2K has a severe lack of game modes for a 2011 game. Outside of Franchise, Baseball Today, My Player and Online, there isn’t too much left to do. While I’m sure these four modes will keep gamers busy, the Show has the addition of a shortened season mode, rivalry and challenge of the week.

What I didn’t get to fully play

I played an exhibition game online. It was good, however I felt the online presentation and load speed was greater on The Show.

Frankly, in the time that it takes to get out this review, I won’t be able to fully experience online leagues, thus I won’t pass judgement. The premise (create a league, track games, play online opponents) does sound pretty cool.

MLB 2K is finally making strides. If you’re a fan of exhibition or longer season/franchise mode then I’d have to recommend picking this game up. Same goes for Xbox only owners. However, if you’re into create a player or a variety of in-game modes, and have access to a PS3, The Show still wins out for 2011