Yesterday afternoon’s game featured a lineup of mostly Blue Jays starters vs. a Tampa Bay lineup of mostly starters. At least early-on. It was Toronto starting pitcher Marcus Stroman’s last start before he joins Team USA at the World Baseball Classic; it was Toronto shortstop Troy Tulowitzki’s first game of the spring. 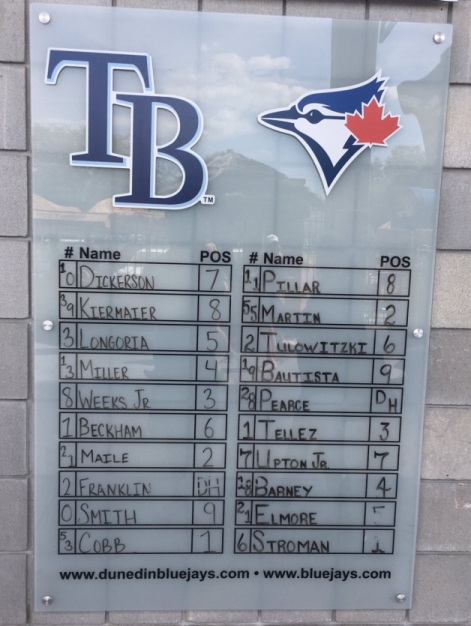 Stroman looked like he was in mid-season form before being pulled as he reached 48 pitches after 2 and 2/3 innings. The Blue Jays took an early lead in the game before Tampa clawed that lead back – and then some – against Blue Jays bullpen candidate Bo Schultz. Tampa Bay won the game 5-3.

Tulo is done for the day after 3 innings. I get the feeling he likes playing with Barney. Endless chatter; more than usual.

Troy Tulowitzki looked like regular Tulo.  His first at-bat was uneventful and he wasn’t really tested in the field. He was very active in communicating with double-play partner Darwin Barney which I found interesting.  The two were downright chatty, much more than is typical of a shortstop/second baseman pairing – especially early in the spring. I’m not sure if they were working on signals to each other or debating defensive positioning, but Tulo seemed to enjoy playing with Barney a great deal. 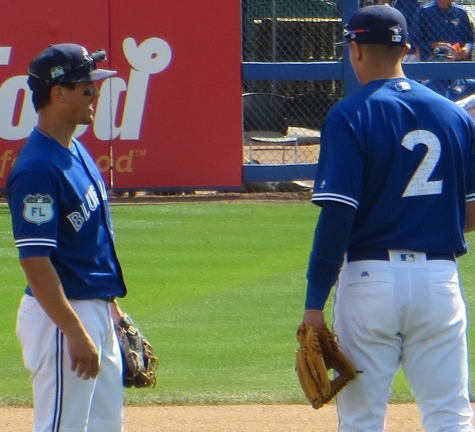 Following Tulowitzki’s exit after three innings, Barney shifted to shortstop and minor -leaguer Jon Berti took over at second base.

Jon Berti looked not-so-good turning the DP. He's one of those 'scrappy grinder' types. Hustle & heart – aka a crutch for the talentless.

Not to be mean at Berti’s expense, but I was trying to make a Kenny Powers-related joke.  One of my Twitter followers commented that he’s got ‘Joe Inglett written all over him’ and I agree with that sentiment.  You will always know when Berti is at-bat or on the basepaths because he rocks a helmet that makes him look like the Great Gazoo from ‘The Flintstones.’

Loup, Estrada, and Osuna were lights out.  I then saw Joe Smith for the first time in a Blue Jays uniform and I liked what I saw.  The side-armer worked himself out of a jam (that was not of his doing) and his change-up really impressed me.  His fastball was sitting 87-88mph but his change-up has the identical arm speed to his fastball, but it looks like it floats to the plate at 80mph.  Here’s some footage from Smith’s outing:

The next inning, Bo Schultz came on in relief and the wheels fell off.  Tampa was all over Schultz’s offerings, squaring up two singles and advancing on a Schultz wild pitch.  Schultz was able to battle back and strike out a minor-leaguer before allowing another well-hit single.  Schultz generally sits 95-96mph with his fastball with the ability to dial it up to 100. Today he was sitting at 94, pretty typical for early-on in the spring.  However, he didn’t look comfortable.

Schultz is pulled and walks gingerly back to the dugout.

You may remember that Bo Schultz had off-season hip surgery last season and didn’t begin pitching until May of last year.  Schultz made his 2016 debut with Toronto on June 26th and did show visible signs of discomfort with his hip. As the season wore on, however, Schultz looked like his old self.

I don’t know what kind of hip surgery Schultz had and how serious it was, but he didn’t look comfortable in his delivery. If I could write the second tweet again, I would substitute the word ‘delicately’ for ‘gingerly.’  This, of course, is purely speculation.  Bo’s hip may be fine. he’s 100% healthy, and he just had a bad outing. Or, he might have an entirely different nagging injury he’s working through that has nothing to do with his hip.  All I can do is relay what I saw.  Today certainly didn’t help Bo’s cause in his hunt for a bullpen spot with the big club. I wouldn’t be surprised if Bo opened the season on the disabled list because he’s out of options.

Blue Jays catching prospect Reese McGuire caught the middle innings of this game.  McGuire was acquired from the Pittsburgh Pirates this past summer in the Francisco Liriano trade.  He’s billed as a strong defensive catcher with an abysmal hit-tool.  He looked capable behind the plate, but appeared to have some difficulty getting on the same page as Roberto Osuna during Osuna’s inning of work.  It might have been McGuire’s first time catching Osuna, and the quality of stuff that Osuna was delivering today was likely some of the best that McGuire has caught in his career. McGuire made a nifty catch on a towering fly-ball behind him, though he did let a few balls in the dirt get away from him.  Small sample size alert. 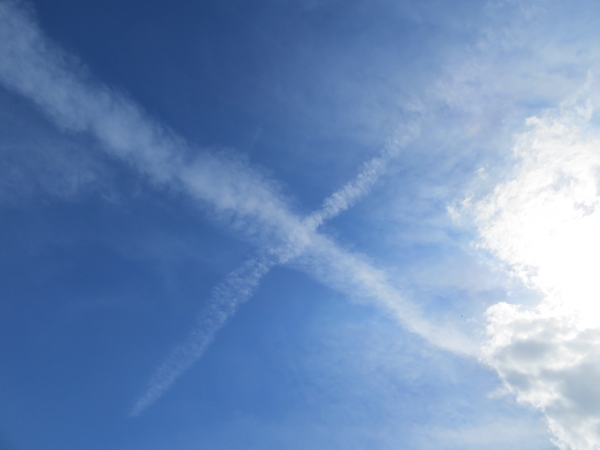