Yesterday marked the spring debut of Toronto Blue Jays’ left-handed starter Francisco Liriano. At this point, Liriano is ticketed for either the 4th or 5th spot in the rotation. On paper, he should put the Blue Jays in a favourable position when pitted against opposing team’s 4th or 5th starter options.  Liriano looked in-control from start to finish (albeit a 2-inning stint), striking out three and walking none.

In the first inning, fan-favourite Jose Bautista ran into a fastball that resulted in a 2-run opposite field home run. It looked like Bautista was late on the fastball and tried to fight it off, but the ball just kept carrying and carrying to right centre-field. Kudos to Bautista for being able to muscle the ball out of the yard. 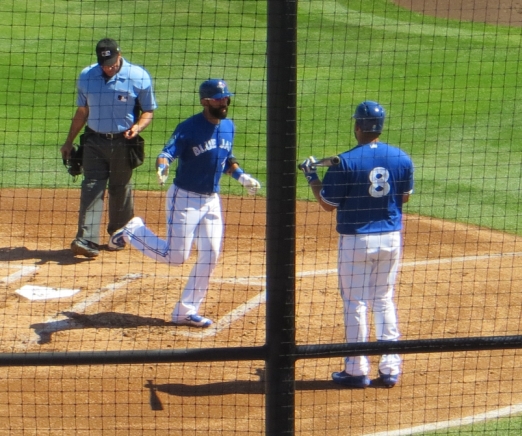 After the first inning, basically nothing happened at all. This was the most uneventful game I have ever attended, save for a Blue Jays/Brewers tilt that featured Teddy Higuera in the early 90s.  The 9th inning saw a late inning flourish by the Yankees minor leaguers to tie the game, only to have Blue Jays minor leaguer Ryan McBroom walk it off in the bottom of the 9th with a blast to left field.

Melvin Upton Jr. looked absolutely terrible in all three of his at-bats; he swung at the first five pitches he saw and flailed wildly at pitches far outside the strike zone.  Upton Jr. is a veteran player and may very well be taking the extensive time allotted to him to get ready for the regular season, but these were three obscenely ugly at-bats.

Rowdy Tellez was ineffectual in his three at-bats, though there was an opportunity to see him face a left-handed pitcher. He looked comfortable:

Richard Ureña squared up a base hit up the middle and looked quite comfortable defensively at shortstop.  He’s got a very strong arm and was able to dial up the velocity on his throws when hurried.  He made an acrobatic double play with Darwin Barney look rudimentary.

On the pitching front, Mat Latos continued his pursuit of a spot on the 25-man roster, while Will Browning and Jeff Beliveau tried to make their case for a bullpen spot.

Latos looks extremely determined, but threw a total of 3 offspeed pitches. Sat 91-92 with his fastball. Effective against not-ready hitters.

Latos was effective but uninspiring.  His off-speed offerings were non-starters; he was able to locate his fastball where he pleased.

As for Browning and Beliveau, it’s not really fair to judge them this early in the spring – but I will anyway.  Browning actually was intriguing.  He’s a right-handed side-armer with late life on his fastball and extreme side-to-side movement on his frisbee-like off-speed offering. He made Yankees’ Korean import Ji-Man Choi look foolish.

Beliveau was average in every way. A useful depth arm, maybe, but I don’t anticipate he’ll contribute at the big-league level at any point this season.

If you’ve never seen an at-bat by Anthony Alford, here you go:

That’s really all of the news and noteworthy tidbits that can be squeezed out of this slow, uneventful game.  Next up for me is Toronto vs. Tampa Bay on Sunday, March 3rd at 1:00pm. 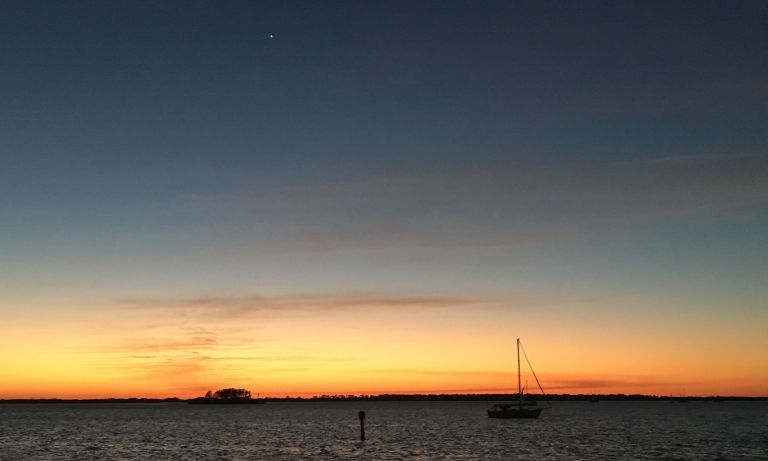