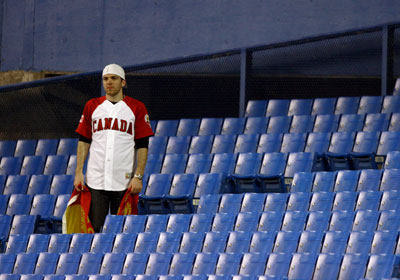 Yesterday Callum wrote about why fans should come out to the watch live baseball. And I agree with what he said.

In particular have the Toronto Blue Jays done anything to warrant a bump in attendance?

The production of the on the field team would say yes. Numerous other factors would say no.

1. They’ve spent less $$$ on the roster this season, yet raised prices for the average fan, not to mention taking away some of the flexibility and perks for loyal season ticket holders. With the media and the blogsphere openly admitting this is a re-building season raising prices was a bold (and to this point incorrect) move.

2. As outlined at the start of the season, the Jays promotions schedule is one of the weakest in baseball. Most teams in even high-A have better promos than the Jays. And anything that’s the least bit enticing? Limited to 10,000. Let’s say a few fans come out to the park, driven by the promo but misses out on the giveaway. They leave as one unhappy customer. That’s just bad business. Man up and order 20 – 25,000 of the promo items.

3. To the best of my knowledge (at least from checking the official mlb site) the Jays don’t offer a family package. How about a pack of four seats in a family section, a program, drinks, hot dogs, etc for a discounted price everyday of the week? Sure, seats in the 500 deck are cheap but factor in food, maybe a souvenir and a program and things can get pricy.

5. Maybe it’s time to discount tickets on a regular occasion. I get e-mail alerts almost every weekend for discount Pirate & Indians tickets from Travelzoo. It’s not a viable long-term strategy but it will get fans out to the park that otherwise may stay at home until a legit contender is on the field.

6. Building on #5, Toronto fans are some of the biggest bandwagon jumpers in all of pro sports, Re:excitement for sub.500 Raptors and their playoff push towards the end of this season. Can this be helped? I don’t know. 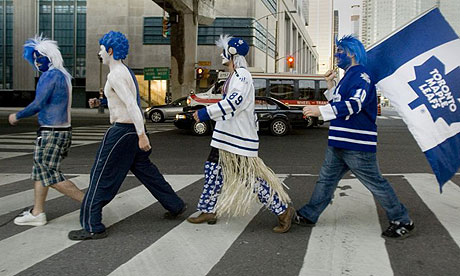 7. TV may be an issue. I love the fact that I can watch almost every game on the tube. On the other hand this has to limit attendance.

8. The park itself. They’ve done what they can (for the most part). I still liken a Jays game at the RC to going to a doctor’s office. It has that blue/grey color combo and clean, cold, sterile openness about it. When even an ultimate fanboy like Eyebleaf sees the light after going to other parks, well… 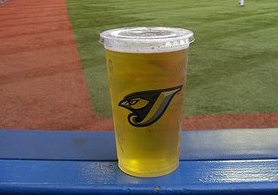 9. And of course we have the police state atmosphere and general drunkenness in the 500 level. Take a portion of the unused 500 level, rip out the seats and create a large party deck or bar area. Put them near the scoreboard and away from families/regular folk. Discount beer by a $1 in the section and the the drunks will flock.