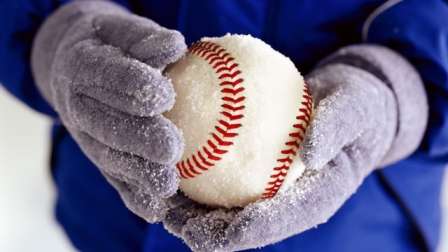 Welcome to 2012!  With 2011 behind us, the various Winter Leagues are beginning to wrap up their seasons and prepare for the playoffs.  The Winter Leagues always bring together an eclectic mix of studs, fading stars, grizzled journeymen, prospects and reclamation projects.  Here are some of the notable names of this 2011-2012 Winter League season.

After a humbling experience in Japan where he batted .195, Randy Ruiz parachuted into Mayaguez of the Puerto Rican Winter League to try to get his swagger back.  Ruiz was badly exposed in Japan for his inability to hit any sort of breaking pitch.  Lucky for Ruiz, the pitching in the PWL is fringy at best.  While he still strikes out at a high rate, a steady diet of fastballs is just what Ruiz needed to get his confidence back and showcase himself with the goal of signing a contract with a professional club.  I’d expect Ruiz to land in Korea or Mexico for 2012.

This season, Carlos Zambrano was placed on the disqualified list after giving up 5 home runs in a game and having a tantrum post-game.  After meeting with new Cubs GM Theo Epstein, it was agreed that Epstein and Zambrano would work together to try to get back onto Chicago’s active roster.  The first step in that journey comes in Venezuela, where Zambrano is playing for esteemed manager Julio Franco.  He had a shaky start to his Winter League stint as he was struck in the head with a line drive.  Since then he has pitched fairly well, although his walk total is a little high.

Oliver Perez went from a 5.1 WAR pitcher in 2004 to a miserable -1.5 WAR pitcher in 2010.  The reason?  Perez was a mechanical mess who couldn’t find the strike zone if it was the size of a barn.  Having invested a considerable amount of money in Perez (a $36 million, 3-year deal signed in 2009), the New York Mets tried to fix what ailed Perez by allowing him to pitch for Culiacan of the Mexican Pacific League in the 2009 offseason.  In short, he got rocked for the first 3/4 of the season before settling down.  Back with the Mets in 2010, he struggled mightily.  Perez allowed 90 walks in 102 innings since signing “the worst contract of all time” and the Mets had no choice but to demote him.  Perez refused the minor league assignment and rotted away on the Mets’ bench.  In the spring of 2011, the Mets released him while still on the hook for the $12M owed to him.  Three days later the Washington Nationals signed Perez to a minor league deal, paired him with his old pitching coach Spin Williams, and sent him to AA.  In 15 starts, Perez began to find his form.  He struck out more than he walked by a 2:1 ratio which is the most encouraging sign.  He’s carried that over to the Mexican League, while holding opponents to a sparkling .157 BAA.  Although the small sample size alert is in play here, this could be the beginning of a feel-good story.  For Perez, at least.  Not the sad-sack Mets.

Dmitri Young was the belle of the ball at the Winter Meetings this past December, having lost 70 pounds in an attempt to make a comeback in 2012.  I’m not exactly sure what Young was hoping to do by prowling the lobby at the Winter Meetings instead of playing ball, but it certainly isn’t going to help further his career.  In 66 at-bats in the Venezuelan Winter League, Young basically did nothing.  His last game played was November 26th, which is odd, because the Venezuelan League is still playing at the time of this posting.  I wish him all the best but a Major League comeback in 2012 does not seem likely.

Cantu is now in Hermosillo of the Mexican Pacific League and is trying to prove that he’s still got something left in the tank.  Since joining the Naranjeros, Cantu has made Mex-Pac pitching his bitch to the tune of a ~1.000 OPS.  Although he’s loathe to take a walk, Cantu at the very least would make a valuable piece to a team’s bench as an infield utility player or pinch-hitter. 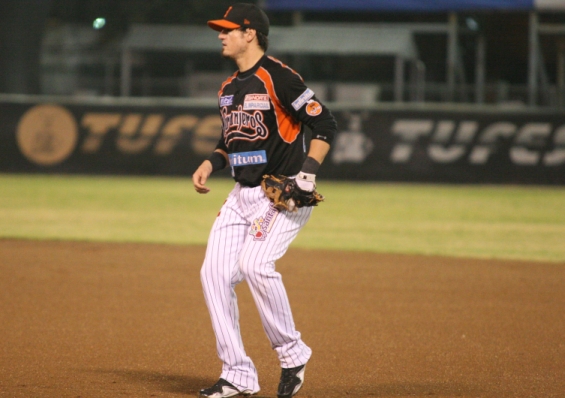 Number 26th on the all-time single-season saves list for the Toronto Blue Jays is Rule 5 darling Aquilino Lopez with 14.  Whatever happened to this guy?  He’s been riding his sweeping slider to slightly better than replacement-level relief in the Detroit Tigers organization.  Nothing really pops out here, but time certainly has not been kind to him.  Toiling in the minors waiting for the call to the show ages a man like nothing else.  Time waits for no one.

Ah, the absolute trainwreck that is Elijah Dukes keeps rolling on.  It looks like Dukes has given up on his rap career and is getting back to baseball.  He certainly looks rusty, albeit it is only 23 at bats.  Nothing to see here, just another stop on the trip toward jail, maybe this time it will be of the Dominican variety.

Remember when #freebriandopirak was trending worldwide on Twitter thanks to over-enthusiastic Jays fans?  Maybe that didn’t actually happen, but it certainly felt like it at times during the 2009 season.  That year, between AA New Hampshire and AAA Las Vegas, Dopirak hit 27 HR, drove in 102 runs and posted a .921 OPS.  Jays fans will be comforted to know that since then he’s been… well, not so great.  He’s been mediocre at best in the Houston organization (where anyone has a legitimate shot to play in the show as long as they have 2 feet and a heartbeat!) but he has struggled in limited playing time in Venezuela.  Not to worry Jays fans, Toronto didn’t miss out on a rising star in this case, anyway.

Esteban Loaiza is one player who gives Blue Jay fans legitimate nightmares.  After trading Michael Young to Texas for 3 seasons of substandard Loaiza pitching performance, the Blue Jays let Esteban walk so that he may sign with the Chicago White Sox for 1/12th of the salary that he made in his final year in Toronto.  Once in Chicago, Loaiza perfected a magical cut fastball (that he learned from Blue Jays’ pitching coach Gil Patterson no less) and finished 2nd in AL Cy Young voting after posting a 21-9 record with a 2.90 ERA, 207 strikeouts in 226 IP, an ERA+ of 159 and a 6.5 WAR.

Anyway, Loaiza is miraculously still pitching at age 40, albeit not well.  Not well at all.  Loaiza’s 11 HR allowed in 26IP is reminiscent of how he used to perform during his time in Toronto.  Perhaps statistics do regress to the mean after all?

Acevedo pitched his final 12.2 Major League innings as a Toronto Blue Jay in 2003.  They weren’t bad, but they certainly weren’t pretty.  What is a god-damned miracle is that the 41 year-old Acevedo, who is listed generously at 243lbs., was able to log 115 innings as a starting pitcher in the Mexican League in 2011.  To be honest, I don’t even care about his Winter League stats, I just wanted to bring this to someone’s attention.  It’s truly remarkable.  Not only that, but he allowed only 10 HR in those 115 innings of the high-altitude Mexican League. He must be on the same sort of medical-stem cell-experimentation program Bartolo Colon is on.

Last time we checked on that old scallywag Corey Thurman, he was pitching in the Atlantic League.  Like Aquilino Lopez, Corey Thurman was a Rule 5 draft pick for Toronto.  He pitched a little over a season of spoon-fed relief for the Blue Jays before bouncing around the Cincinnati, Montreal and Milwaukee organizations.  Thurman never has had very good stuff, but he’s a gutty pitcher and that’s what’s got him this far.  I never thought in 2002, after seeing Thurman pitch, that 10 years later he’d still be in professional baseball.  Kudos to him.

Finally, a legitimate prospect!  Rated by Baseball America as the best defensive catcher in the Blue Jays’ system, Jimenez threw out 51% of opposing runners in 2010 and 44% in 2011 at Dunedin.  He’s also no slouch with the bat: in high-A Dunedin, Jimenez got on base at a .350 clip and had a decent-enough OPS of .770.  While he isn’t faring so well at the plate in the Puerto Rican Winter League, he is a teammate of future Hall-of-Famer Ivan Rodriguez.  Hopefully the young Jimenez takes advantage of Pudge’s tutelage.

Merkin Valdez is proof that the ERA statistic for relievers is incredibly flawed.  While Valdez has a sparkling 1.86 ERA, his peripheral numbers are grotesque: 15 walks and 12 hits in 19.1 innings pitched.  Opposing hitters are hitting only .188 against him because they aren’t getting any pitches in the strike zone to hit.  If none of these base runners are actually scoring, Merkin should change his name to Merlin because he is a god damned magician. 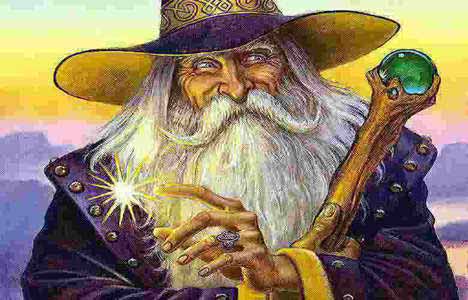 In baseball, as in life, everything comes full circle.  Well maybe not all the time, but in Miguel Batista’s case, he’s back to doing what he did with the Toronto Blue Jays: closing games.  This time he’s doing it for the Cibaenas Aguilas in the Dominican Winter League.  It’s a small sample size, but at age 40 it looks like Miguel is just about done as a pitcher.  He’s walking more than he’s struck out and is almost at a walk an inning – never a good sign.  Maybe it’s for the best.  The world needs Batista to put pen to paper and author more thrillers just like this one.