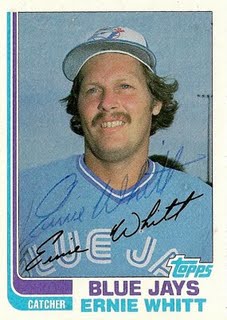 ..and it came before Moneyball….and at the expense of the Blue Jays.

With the release of the movie Moneyball there is more talk of Billy Beane’s lack of success in the playoffs. If we want to look at a successful Oakland club, we need look no further than the 1989 version. This was a dominant team; they cruised to the AL West title and played 8-1 post-season ball to win the 1989 World Series that was more memorable for the earthquake that interrupted the first Bay Area Series than any moments.

Oakland had a solid pitching staff, getting 17 or more wins from 4 starters. Their bullpen, featuring HOFer Dennis Eckersley and set up man Rick Honeycutt, were complemented by the middle relievers that kept the team’s ERA an AL-best 3.09. Even with 1988 AL MVP Jose Canseco limited to 65 games and 17 homers, the A’s finished 4th in AL batting.

In the 1989 ALC,S the heavily favoured A’s met with the Blue Jays.  The Blue Jays had come from a 12-24 record in May to win the East title on the second-to-last day. In the ALCS, Rickey Henderson, who came to Oakland in June, nearly single-handedly won the pennant for the A’s.

Let’s look at this impressive 5 game stretch, which won Henderson the ALCS MVP: 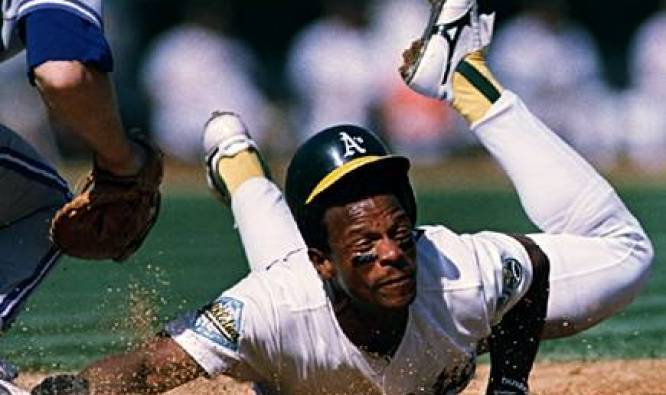 As we can see, Rickey’s eyes and feet were decisive in the first two games. The A’s lost game 3 when Rickey went 1-3 with one stolen base. Game 4 was the only game in which Henderson did not lead off the game by getting on base, he was also picked off 1st base in the 9th by John Cerutti. However, Henderson’s 4-RBI and 2 homers killed the Jays’ hopes of coming back in the series. 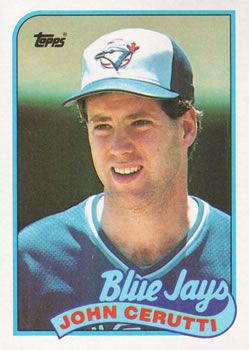 The final game of the series was Ernie Whitt’s last game as a Jay.  He was behind the plate for all 8 Henderson steals.

Just an amazing set of 5 games by one of the most unique and complete players of our time.