OOTP 2014 is a baseball simulator that is currently available on Windows, Mac, and Linux operating systems.

Out of the Park Baseball (“OOTP”) is the most sophisticated and best-selling baseball simulation game on the planet. Since its inception, OOTP has won numerous awards, including multiple “Sports Game of the Year” awards, en route to becoming the most immersive, realistic, and customizable baseball experience a fan can ask for!

The premise of the game is rather simple: build a baseball dynasty. The execution is a little more complex.

OOTP is known for it’s in-depth nature, a full featured simulator that gives gamers control of an entire organization, from rookie level all the way to the major leagues.

Each team has to work within a budget; expenses include player salaries, coaches salaries, scouting costs, and draft bonuses. Income streams are simplified, based around ticket income and media rights. 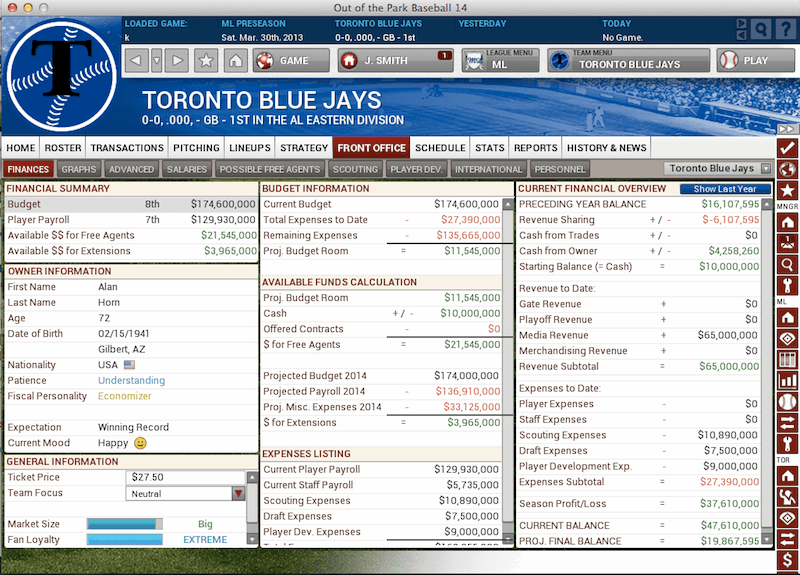 Farm System and Depth Chart based upon future projections 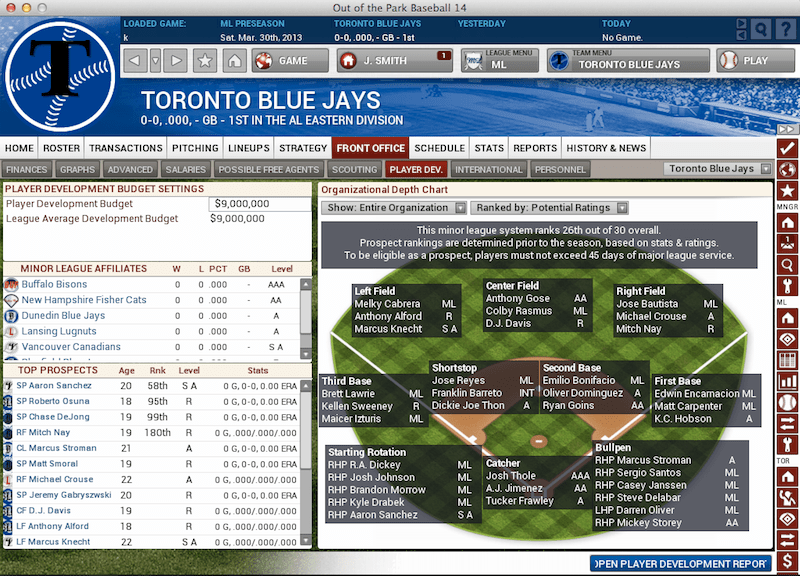 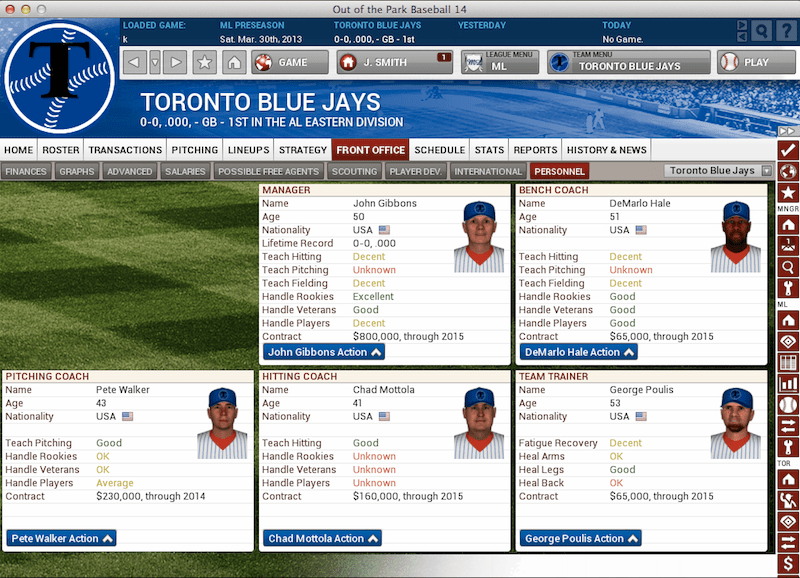 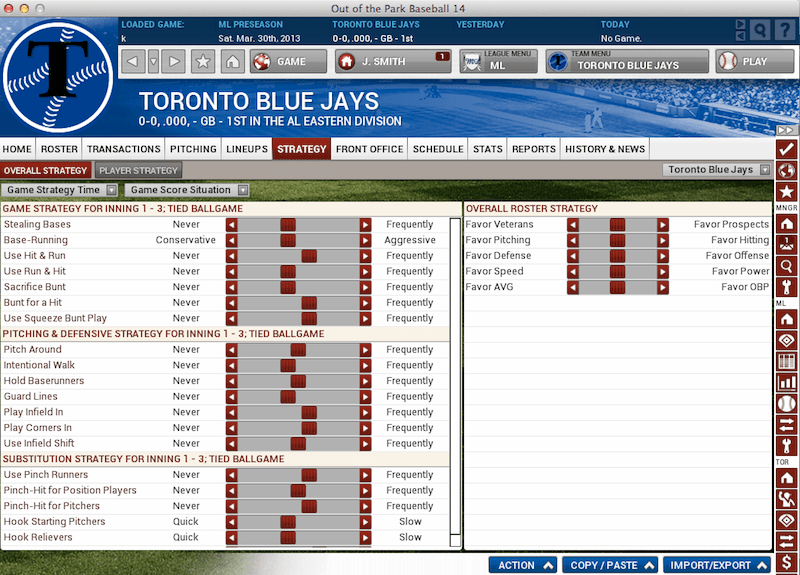 A standard player ranking. This system can be changed to a more conventional 20 – 80 scouting system in the options menu: 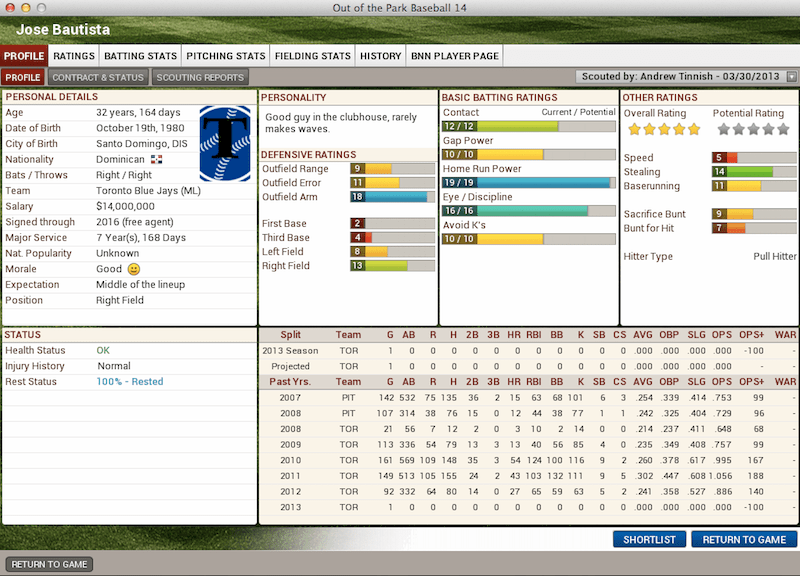 New Wrinkles: OOTP continues to add new features to their game on a yearly basis, a nice contrast to the stale Baseball Mogul Sim Franchise. After simming a few seasons, I found the most noticable changes to be:

OOTP also includes a comprehensive in-game sim mode for those wishing to play out each game: 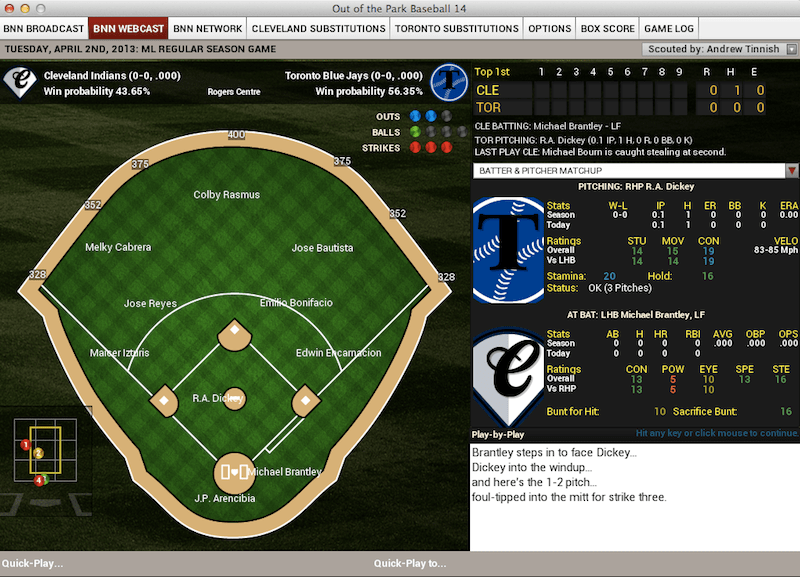 My typical game style is to set injuries to their lowest setting, trade away expensive contracts and invest in the farm. For a Toronto Blue Jays sim this included getting rid of (at the time) expensive contracts such as Adam Lind, and attempting to restock the farm system. For teams such as the Yankees or Dodgers my sim strategy shifted towards throwing my money around, landing the top Free Agents, and going over-slot when possible in the draft.

Just an amazing Baseball Sim, the best I’ve ever played in an on and off 10 year relationship with baseball sims. My only knock against this game is that it can be too addicting; of course this is hardly a slight against this game. OOTP over delivers year after year and is a must own for all Baseball Sim Fans.