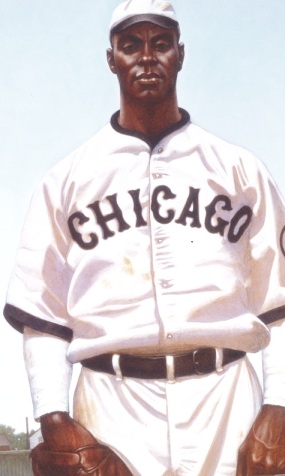 With the recent passing of Buck O’Neil, I was reminded of some of the stories he used to tell about great Negro League baseball players. Buck was often asked about all of the players he saw in his lifetime, from Babe Ruth to Willie Mays, to today’s players like Griffey, A-Rod and Pujols. Inevitably he was posed with the question of “who was the best ever?” Buck always said it was career negro-leaguer Oscar Charleston. 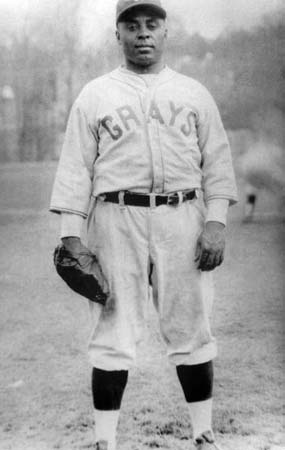 Oscar Charleston was born in Indianapolis, Indiana in 1896. He began his career with the Indianapolis ABC’s in 1915. He was a true superstar in every sense of the word. At 6’0″ and 190 lbs., Charleston had tremendous power yet also was a bona-fide base stealing threat. Like Willie Mays, Charleston was a centre fielder. He played a shallow centre-field due to his superior range and was often compared to Tris Speaker. Dizzy Dean once remarked:

“Charleston could hit that ball a mile. He didn’t have a weakness. When he came up, we just threw it and hoped like hell he wouldn’t get a hold of one and send it out of the park.”

Charleston had a legendary temper and became famous for his many fights with other players, umpires, owners and scouts. According to legend, Charleston ripped the hood off a Klansman and dared him to speak. John B. Holway wrote “there were three things Oscar Charleston excelled at on the field: hitting, fielding and fighting. He loved all three and it was a toss-up as to which he was best at.”  Buck O’Neil once recounted a story of a time when Oscar Charleston was playing in Cuba:

Oscar was tough. You’d say “Oscar Charleston” and you’d say “Ty Cobb” as far as meaness. I remember once, we’re playing in Havana. A ball was hit in the infield and he was on third base. So he’s scoring and he hit the catcher and knocked the shin guards off, knocked the chest protector off (the catcher). Then they jumped up. This (catcher) wanted to fight. And Oscar knocked him down.
The security in the ballpark in Cuba were soldiers. The soldiers rushed out on the field and they were going to get Oscar and take him down. Every time one of the soldiers comes up — Boom! Oscar would knock him down. After he knocked down about five of them, they wanted to gang-rush him and take him to jail.
The general was in the stands and he said, “Uh-uh. Any man that can do that, don’t you touch him.”   That was Oscar Charleston.

With much help from the lobbying of Buck O’Neil I am sure, Charleston was elected to the Hall of Fame by the Committee on Negro Baseball Leagues. Baseball historian Bill James has ranked him as the fourth best player in the sport’s history.