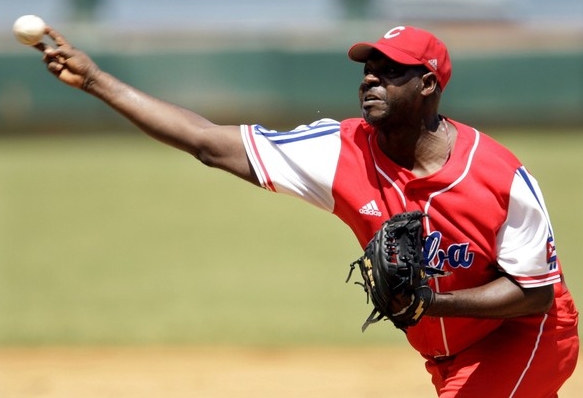 This past week Cuba’s all time winningest pitcher, Pedro Luis Lazo, was honoured during a retirement ceremony in his hometown of Pinar Del Rio. 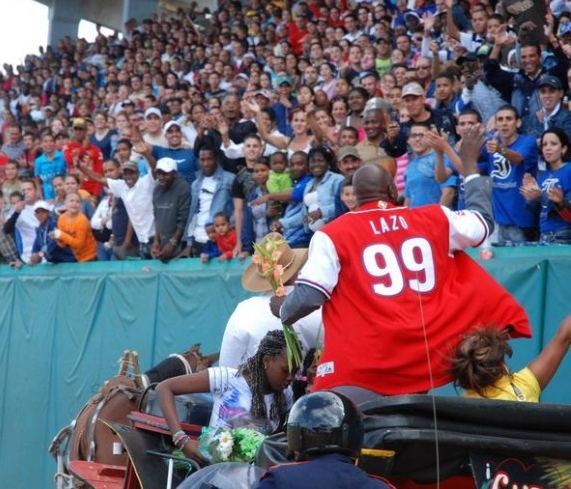 On Boxing Day, the number 99 was retired at Estadio Capitan San Luis in Pinar del Rio, the place where Lazo spent his entire career.  Lazo was invited to the Estadio to thank his fans and to say goodbye.  He arrived in a horse-drawn carriage and was met with adulation from the Pinar del Rio fans.  You will notice he is wearing his Cuban national team jersey as opposed to his Pinar del Rio one.  The reason for this, as Omar Linares once said, is “the most important thing for a player is to be chosen for Team Cuba, to represent our Cuba.”

Over 21 seasons, Lazo amassed a record of 257-136.  He is second all-time in strikeouts at 2,426, just behind Rogelio Garcia’s 2,499.  Pedro Lazo was a stud on the international stage, and dominated Mexico in the 2009 World Baseball Classic, pitching 4.1 innings of scoreless relief.