When I don’t have too much to say, I’ll throw up one of these quick pitch articles. With that said;

R.A. Dickey Back on Track

Dickey looked great last night’s WBC game vs Dominican, a nice bounce back after a rough start to the tournament. Dickey had command of his knuckleball and was able to work his way through a difficult line-up.

Throughout the WBC, Dickey has used his knuckleball 93% of the time, including 100% of the time vs RHB. As he did during the 2012 season, Dickey dusted off his fastball when he needed a gimmie strike, throwing it only when behind to LHB.

Much was made about a blown strike call to Eric Aybar. Here’s a GIF of the call, courtesy of Baseball Prospectus:

Rick Sutcliffe oversold the pitch–as he does everything else–saying that you won’t see a poorer call all season.

Fact: Homeplate umpire Angel Hernandez has a history of giving outside sliders a wider zone.

Over that past three seasons, here’s Hernandez’s called strike rates in the same situation: LHB vs RHB, and a slider. 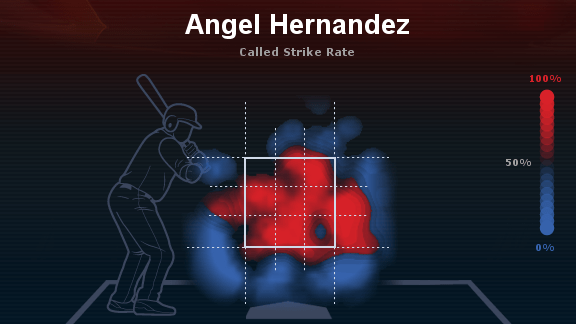 Breaking things down even further, here’s an isolated image of Hernadez’s called strike zone on outside pitches. 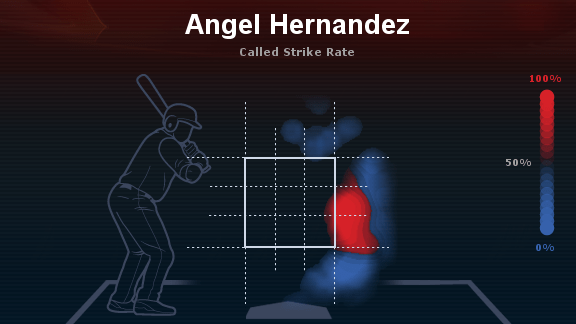 His correct-call-rate is only 73.7%. This is the second worst rate in the majors and well below the league average of 80.6%.

Conclusion = Hernandez has a terrible outside zone during this scenario… but come on, that was a terrible call.