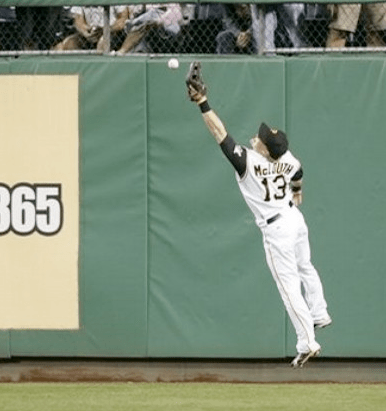 At the beginning of the new year we decided to add a Jays focus to the site, which has made this off-season pretty boring. It’s hard to get worked up over Kevin Millar…

M’s sign Griffey – I have no idea what the plan is in Seattle. They ship out serviceable players left and right and acquire past their prime players such as Griffey via FA and Vidro via trade (a few years back). This looks to be a gate boosting move. “We have Griffey, we have Ichiro, now come watch us lose 90+ games.”

The A’s have quietly built up one of the better middle of the order batting lineups in the AL West. Giambi #3, Holliday #4, Cust #5. Logically Holliday would bat third but they have to break up the two left handed bats in Giambi & Cust.

I was going over a few fantasy baseball ranking lists and everyone is over-rating Nate McLouth. Nate was a mid-level player entering the 2008 season and played all-star level ball in the first half of the season (.899 OPS, 19 HR in 90 games). In the second half he came back down to earth (.781 OPS, 7 HR in 62 games). I’d lean towards his second half numbers as a true indication of his talents.

Max Scherzer in the bullpen, even a closers role, makes no sense to me. If brought along slowly Max could be a legitimate #2 in a year or so. Webb, Haren & Scherzer would be a great 1-2-3 punch.

Will we finally get to see a full season of Howie Kendrick in 2009?

During September Clayton Kershaw posted a 3.45 ERA & a 1.19 WHIP with over a K per inning.