This weekend, Mike Wilner was benched for his actions during a verbal “confrontation” with Cito Gaston. Wilner felt that the Blue Jays manager “belittled” him and wrote about the exchange in a blog post. If you can, please show me exactly where during the discussion Wilner was “belittled.”

I don’t need to be belittled by the skipper in front of the entire assemblage when I’m asking legitimate, rational questions about a situation that he brought up earlier in a conversation.

In fact, I would argue that it was Wilner himself who was showing up the manager in front of the assemblage.  Yes, asking the manager about in-game strategy and decisions is part of the job, but when your schtick is challenging (let’s be honest: second guessing) the manager on every single detail of every single game and expecting him to debate every thought that enters your head… well, needless to say it gets old pretty quick.

Wilner apologists are up in arms that Wilner’s suspension is a journalistic freedom issue, that Wilner is being censored by Rogers, who happen to be the Blue Jays’ corporate overlords and Wilner’s employer.  What it comes down to is Wilner’s latest tête-à-tête with Cito is the straw that broke the camel’s back. It’s a camel weighed down by Wilner’s grating, condescending, and confrontational style. Rogers is giving Wilner a time-out to re-think his approach. Kudos to them.

At the end of the day, Rogers is in business to generate interest in the team and to attract viewers to Blue Jays broadcasts, both radio and television.  I don’t listen to JaysTalk or radio broadcasts that feature Mike Wilner because of his style and I know there are many others who share the sentiment.

It is interesting that Wilner takes such offense to being “belittled” – as he puts it – by Cito, while he belittles many of the callers on his JaysTalk program.  He is especially sensitive when his opinions are questioned.  For example, I was speaking with Early about an episode of JaysTalk where a caller had this to say to Wilner: “Mike, you said that Tampa making the playoffs was a fluke. They are in first place now and a lock for the playoffs. Do you still think that they are a fluke?”

Wilner’s response went something like this: “This is JAYS TALK! Why would you call in and ask a question about the Rays? How stupid can you be?!?! Next caller.”

Wilner likes to dish it out, but clearly he can’t take it. Of course, no one likes to be second guessed.  But sometimes you just reach your limit, like Cito Gaston did.

Just to be that guy, here’s an exchange I personally had with Wilner:

In Wilner’s blog post “My First Day of Spring” he writes:

I have seen Jose Bautista, Aaron Hill, Randy Ruiz, Vernon Wells and Lyle Overbay look very good so far.  Granted, it’s stupid early, but it’s better to look good than not.  I still don’t understand why the way has been paved for Bautista to have an everyday job, but they can’t find a spot to give Ruiz a legitimate chance to play.  Ruiz is older and far weaker defensively, but he’s had nothing but success as a major-league hitter. Bautista has had many years of mediocre offensive production in the big leagues.

My response is below, with Wilner’s reply in bold:

You can’t understand how the way has been paved for Bautista? Last year, under the tutelage of Cito and Dwayne Murphy, Bautista changed his swing. As a result of his new swing, he hit 10 home runs after September 1st and looks like a completely different player. If you are going to give credit to Arencibia for mashing this spring, save some for Bautista as well – he’s been no slouch. He can play all outfield positions – in addition to third base – and he plays them well. Ruiz can only play first base, and just barely. As you know Mike, defense is just as important as offense. That is why Bautista is a lock to make the 25-man roster while Ruiz continues to battle for a spot in the 1B/DH log jam. This log jam is made up of proven major league hitters (more than 200 MLB at bats!) and those that can play defense.

MW: I don’t think it’s that simple. As I said, why does Bautista’s September matter more than the five years of major league production that preceded it?

I don’t know if he bothered to read my question or not, but I clearly stated why Bautista’s September matters more than the five years of major league production that preceded it: because Bautista has a new swing and is a different player. Wilner states that Randy Ruiz has had “nothing but success” at the major league level. He’s a journeyman minor leaguer who has struggled to find employment over the course of his 32 years.  He’s only ever played 55 games at the major league level! Bautista’s September nearly equalled Ruiz’s entire major league career offensive production:

If you are going to chastise Cito for avoiding your hard questions and being fed up with your annoying reporter routine, take a look in the mirror first. 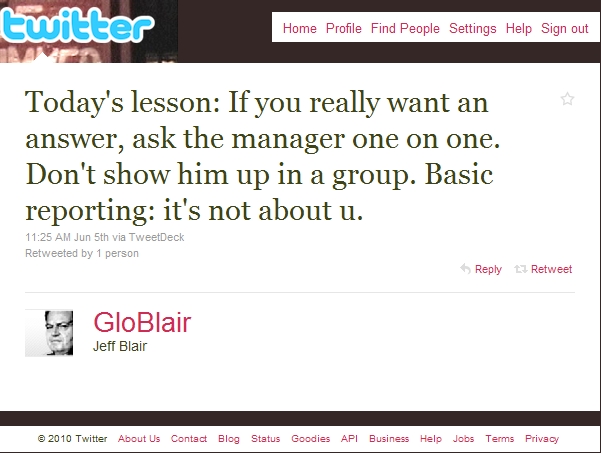 Cito did not complain to get Wilner suspended: http://sports.nationalpost.com/2010/06/06/gaston-says-he-didnt-complain-about-broadcaster 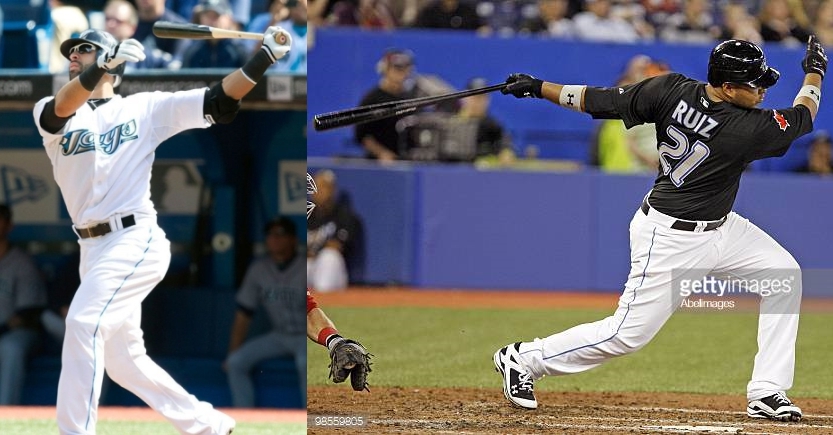