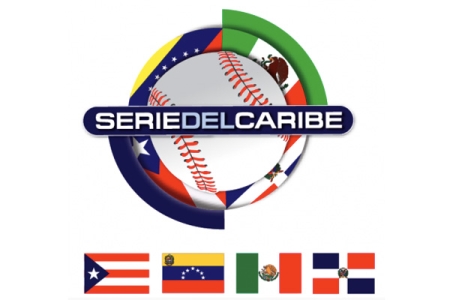 The Lions of Escogido of the Dominican Republic were crowned champions of the 2012 Caribbean Series – a series that ended with a whimper instead of a roar.  These are my ideas as to how to make the Series better.

This year’s 2012 Caribbean Series left much to be desired.  From lack of attendance to a final that lacked any sort of drama and excitement,  this year’s iteration of the Serie del Caribe exposed deep flaws in the structure of the event.  As I mentioned in a previous post, the reinforcement system is flawed, with the Mexican team adding 8 ringers to their team while the Puerto Rican team added only 3 reinforcements to replace injured players.  The Dominican team added 8 reinforcements – but only to plug holes created by the departure of 6 players who left their team for other commitments.

Despite having a stacked team, karma proved to be victorious and the Mexican team was turfed by the host Dominicans.  You would think this would be a great story – a passionate baseball nation knocking off last year’s borderline-cheating champions in front of a home crowd – but it was not.   There were hardly any fans in Estadio Quisqueya.  The reason for that is twofold.  Firstly, the Dominican Republic is an extremely poor nation.  Tickets for the Caribbean Series ranged in price between 5-70 US dollars.  This is way out of reach for most Dominican fans, and as a result, hardly anyone showed up to support the home team.  Know your audience.  Secondly, playoff fatigue set in.  After a lengthy round-robin tournament and a 9-game championship series in the Dominican League, interest began to wane.

As well, in a bizarre set of circumstances, due to the way the tournament is constructed, the Dominican Republic were crowned champions after Puerto Rico defeated Mexico.  The Dominican team then went on to play Venezuela, lose 7-0, and celebrate as champions in their home ballpark filled to half its capacity.  Tacky.

The first thing that needs to be done to remedy the situation is eliminate the round-robin format to decide the victor.  At the very least, a round robin can be used to decide seeding, but the best tournament format is the one used in the World Baseball Classic:  a double-elimination format.. There would need to be more teams for a double-elimination format to really be effective, which brings me to my next point.

The Caribbean Series needs to inject some fresh blood in the tournament by inviting other Latin-American countries to participate.  With the Puerto Rican League on its last legs, Columbia, Nicaragua and Panama would bring passion and enthusiasm to a tournament that sorely needs it.  Talks are already underway to bring Cuba back into the fold after a 60+ year absence.   It would be a shot in the arm that this tournament sorely needs.

The Caribbean winter league schedules need to be adjusted to move the Caribbean Series up by a few weeks because the “stars” are not present when it counts most  No longer will you find David Ortiz or Jose Bautista playing in their home country. 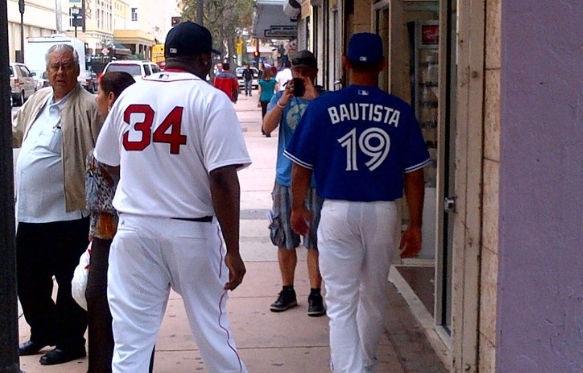 Why? with the tournament being so close to the beginning of Major League spring training, all of the “stars” (such as Francisco Liriano or Fernando Rodney) are either denied permission outright by their parent clubs, or forced to leave prematurely to prepare for Major League camp.  Over the last few weeks, I posted feeds on Twitter to allow my followers to view the Caribbean Series games live.  My followers were freaking out.  “Baseball in winter! OMGZZZ! I’ve waited for so long!”  The problem was that it wasn’t very compelling baseball with the lack of star-power.  Interest quickly waned.  The Caribbean Series needs to capitalize on the fact that they are the only baseball game in town during the winter. 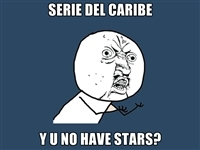 The spirit of the Caribbean Series is that of an international tournament where players represent their countries.  This spirit has been diluted with the amount of foreign-born players that play critical roles on the representative teams, as well as the number of reinforcements allowed.  Picture Team Canada in the World Baseball Classic.  Pretend, for a moment, that they get through the qualifying round with a roster constructed solely of Canadian players.  Now imagine that for the actual WBC tournament itself, Team Canada picks up 8 players:  Dustin Pedroia, AJ Pierzynski, Derek Jeter, Adrian Beltre, Mariano Rivera, Clayton Kershaw, Ichiro and Shin-Soo Choo.  Canada would have a much better chance of going far in the tournament, but would it have as much meaning?   Fans would be much less engaged with a roster full of foreigners, and really… what’s the point?

Speaking of Canada, what a remarkable moment in the country’s baseball history it was to host games for the 2009 World Baseball Classic in Toronto at the SkyDome.  I still get chills when I think about the atmosphere and excitement shared among Canadian baseball fans.  Why not apply that idea to the Caribbean Series and host the games at a neutral site in promising Latin-American nations?  The small but promising island of Curacao would be a great place to promote the game.  MLB is trying to make in-roads in Brazil – why not there?   For leagues that are in financial disorder like Nicaragua, Panama and Colombia, the opportunity to host a Caribbean Series might be the kind of pressure they need to get their respective houses in order as well as attract the casual and curious fan to the game of baseball.  Maybe not, but this would be the only chance these countries would be able to see their teams represented on an international stage consisting of a high-level of competition.  Imagine Mariano Rivera closing games for the Panamanian team at the end of his career?  That would certainly stir interest in the game of baseball in the region. 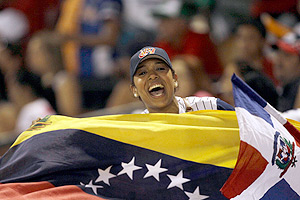 It would be a shame for a tournament with such a rich history and strong meaning for Latin-American fans to lose all relevance.  I’ll be keeping close tabs on what measures are taken to improve the tournament, if any.

Photos courtesy of Víctor Pérez of the Associated Press and David Ortiz himself.