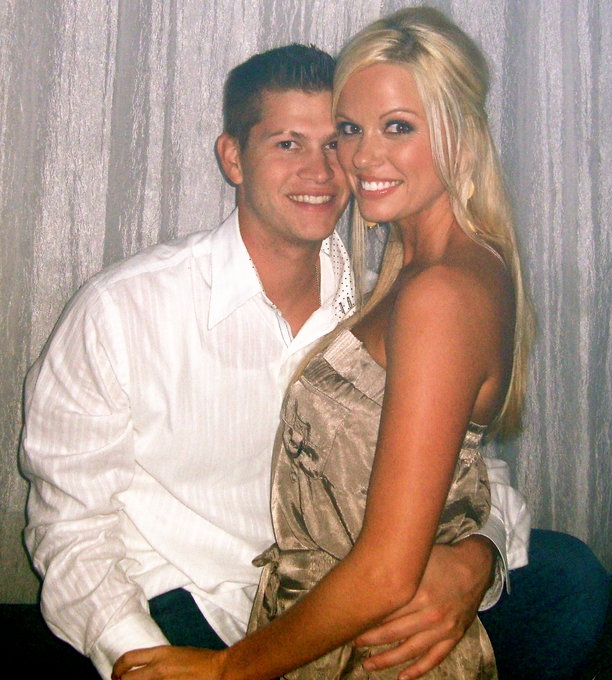 *Editor’s Note:   The expressed opinions of Mr. X are those of Mr. X alone and do not necessarily reflect those of Mop Up Duty.  Mr. X chooses to remain anonymous for the reason that should he be identified, it will compromise his ability to provide Mop Up Duty readers with the most intimate and cutting edge news stories.  We at Mop Up Duty sincerely hope you are not offended by the contents of Mr. X’s posts.  Mr. X columns are for entertainment purposes only. We can’t control this guy. As with most Page 6 columnists, X gets his daily info from “Undisclosed Sources”

Hey everyone, I’m back.  It’s been a while; I’ve missed you.  Let’s get down to business.

The Tampa Bay Rays touched down in Toronto Thursday night for their 3-game weekend set with the Toronto Blue Jays.  Immediately after touching down, a few of the players were out enjoying the amenities that one of the greatest road cities in Major League Baseball has to offer.  Most notable of the bunch were EvanLongoria, David Price, Reid Brignac and John Jaso.

Brignac was on his best behaviour however.  As you can see from the photo on the left, he is not a very pretty man.  But we all know that makes no difference when you are a professional baseball player going clubbing in the streets of Toronto.

Brignac paid no mind to the Toronto cleat-chasers for he is in a relationship with a special lady.  Not just any special lady, but a Playboy Playmate.  Reid must be able to charm a snake because pro ball players are “no big deals” in playmate circles. 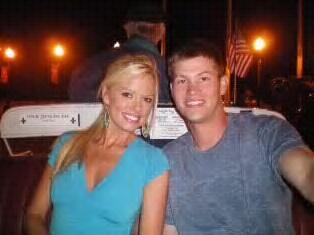 Her name is Lauen Anderson and she was playmate of the month for July, 2002.  The 30 year old Anderson is a cougar on the prowl and her fresh meat is the 24 year old Brignac.  The 5′ 9″ 125 lbs 34D-24-35 Anderson also appeared in the March 2008 Playboy Spain on the cover as well as a pictorial and interview. Anyway, here are the pics: 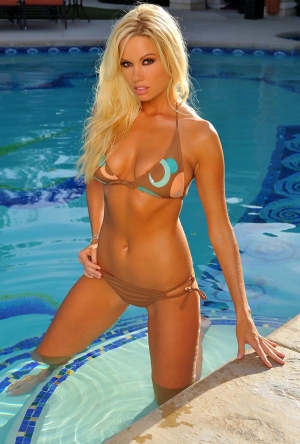 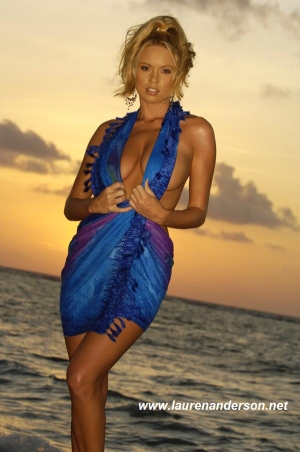 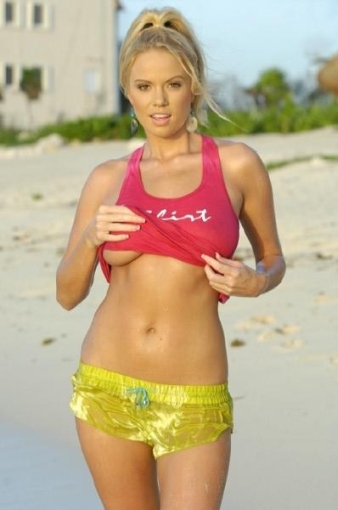 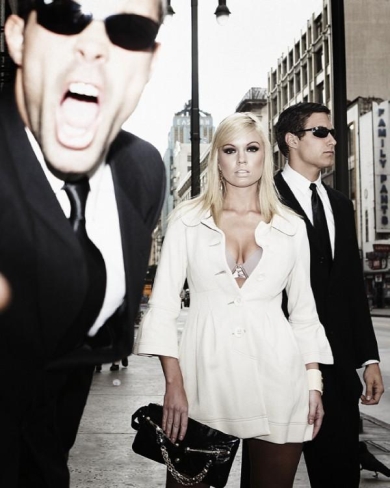 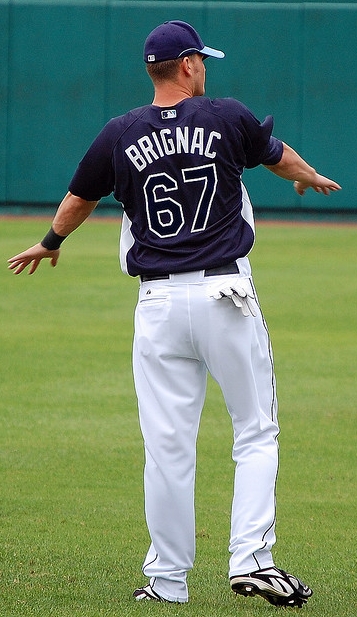 If this type of post was your thing, make sure to check out the archives of all my sleaziness.  Until next time, this has been Mr. X off the record, on the QT and very hush-hush.