Walks have been an issue. Confidence has also been called into question.

One thing is certain. During the horrid month of August, Ricky has been overthrowing his fastball early in counts, which leads to pitching from behind, which in turn can lead to walks. (Talk about stating the obvious.) 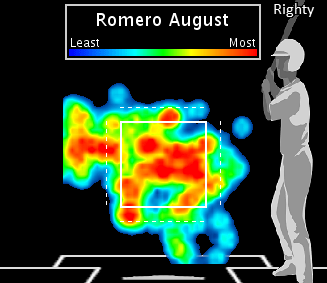 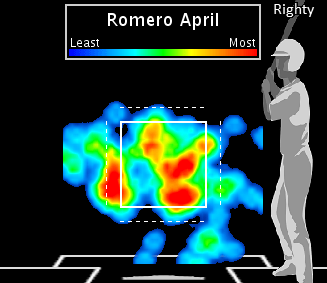 It’s no secret that Ricky lives down in the zone. That’s his bread and butter.

Taking into account current control issues, I’d rather see Romero get smacked around in the middle of the plate vs walking batters, while it goes without saying that staying down is his optimal path to success.

The current trend shown in the previous August 0-0 count heat map suggests a mechanical issue. This can be ironed out at a later date– there’s enough going on in Romero’s head.

In the meantime, Ricky needs to relax and focus on throwing quality fastballs down in the zone. This will allow him to dust off his most effective pitch (in terms of outcome), the change-up.

Why exactly did you ditch your best pitch?


The change is once again an awesome pitch: .143 batting average, .286 OPS. But the percentage nose dives all the way down to 11%.

This is partly due to not getting ahead. I get that. Still, Romero has had such a high level of success with the pitch there is no reason to go away from it. In-fact, Ricky should consider leaning on this pitch early in counts.

Yes, this is very simplistic, short-term solution. But I think this is the best course to take with Romero. Wait until the off-season to iron out the major mechanical issues. In the meantime hand him the ball and let him pitch. Whether the Jays win 70 or 72 games is inconsequential. Getting Romero back on track has to be one of the main focusses for the remainder of the 2012 season.

Ricky followed the game plan during his August 28th start vs NYY. 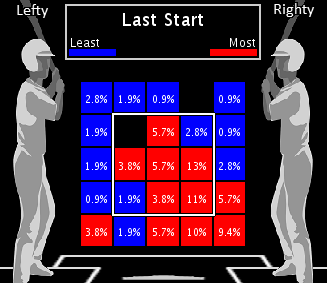