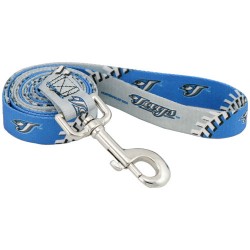 Cito lifted Ricky after 107 pitches and handed the ball over to Kevin Gregg. Gregg hasn’t been horrible in non-save situations (around a 4.00 era heading into last night) but he ended up allowing three hits and the game’s only run.

I realize that Romero is on pace to shatter his previous career high in IP. In-fact, he leads the AL in IP.

However, I do believe that once he’s on a roll he should be allowed to finish what he’s started.

Recently Cito has done a good job in giving Ricky an extra day, with three of his past four starts coming on 5+ days rest.

And building upon the extra days rest (it doesn’t change his performance):

In the meantime why not let Ricky go a little deeper into games?

Oddly enough Romero’s in-game success makes sense. He continually works his the change (3rd in AL change-up % thrown). As Trevor Hoffman can attest, batters can sit on a change and still not do anything with it.

Perfect World Scenario:Ricky is allowed to throw 110-120 pitches when he’s on a roll and is given an extra days rest as often as possible.