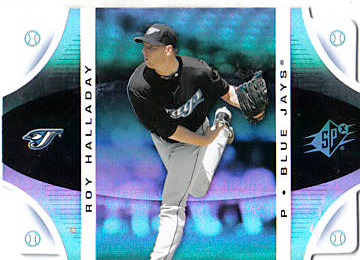 I’ll be honest with you. Due to my disappointment with the Blue Jays lack of off-season activity I was originally going to write a “save Doc for 2010”, with my supporting proof namely being Roy Halladay’s high number of innings pitched over the past three seasons (220, 225, 246).

I then looked into his total number of pitches and came to the conclusion that Doc is the games most efficient pitcher. 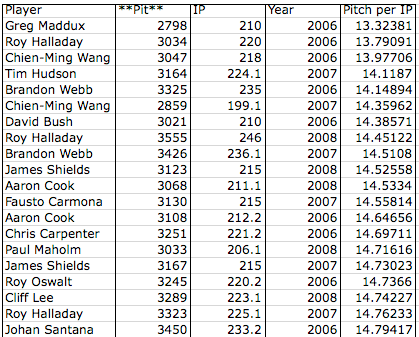 I guess I’ll change my tune. Roy can take care of himself.

* On a side note it’s nice to see Pirates recently re-signed Paul Maholm’s 2008 season come in 15th. Former Jay David Bush cracks the list at #7 during his stellar 2006 season.