The Buffalo Bisons (Mets) won a slugfest, defeating the Durham Bulls (Rays) 12-7. The game had a total of 27 hits, 3 errors and surprisingly lasted only 3:30 hours. 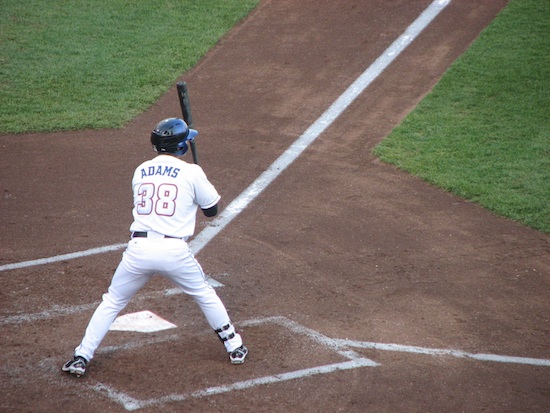 Russ Adams hit seventh and went 2 for 5 (one double). He had a few rough cuts during the evening, ending the night with one K. His D at second was solid if unspectacular.

The reality for Adams at this point of his career is he might, just might earn a utility job for some lower level MLB team. He needs to play three infield positions and even some corner OF to make himself attractive to possible suitors. I wonder what happened with to his speed? Adams swiped 40 bags a year in college and never exhibited any stealing prowess during his pro career. This season in 12 games he has yet to even attempt a steal.

The Rays AAA affiliate is, at least on this night, devoid of impact positional prospects. Numerous AAA and a few AAAA players such as Ruggiano, Shealy, Chris Richard, Angel Chavez, Elliot ‘Jumbo’ Johnson and Dan Johnson make up the line-up.

Starting for the Bulls was Aneury Rodriguez (12/13/87). Back in 2009 he was acquired by the Rays straight up for Jason Hammel. Last week Aneury was named the IL pitcher of the week after throwing 14 IP of scoreless, 5 hit ball. On this evening he got lit, allowing 8 hits in 3.1 IP.

His stuff was decent, not great. He throws a low 90’s fastball and a 12-6 curve. Otherwise I wasn’t too impressed, although I’m interested enough to keep my eye on his stat line this season. 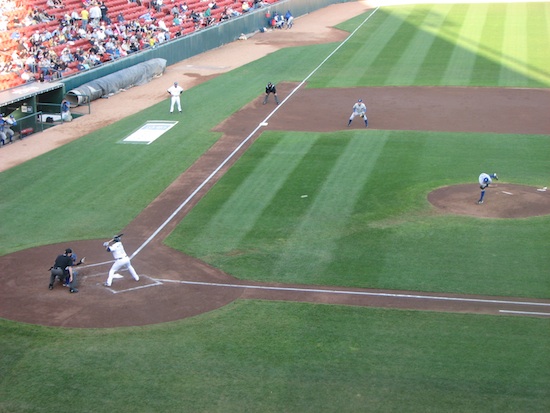 Mike Hessman continues to rake, hitting a grand slam HR over the protective screen in LF. I’ve probably seen at least 50 games in Buffalo over the years and this was only the second ball hit over the screen (I can’t recall who hit the first).