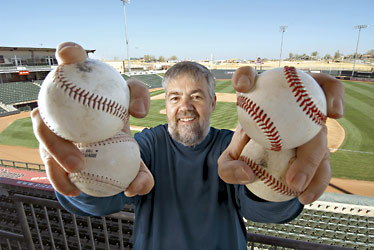 Sabrmetrics make me nervous too.

An ongoing discussion in baseball – and the realm of Mop-Up Duty since its inception 5 years ago – has been Sabrmetrics and the search specifically for a metric that would be applicable to go on the back of a baseball card.  A metric that is tangible and simple, something that a 10 year old would be able to understand and compare players performances.  An old adage stands, “if you cannot explain the concept to a barmaid you probably don’t understand it yourself.” 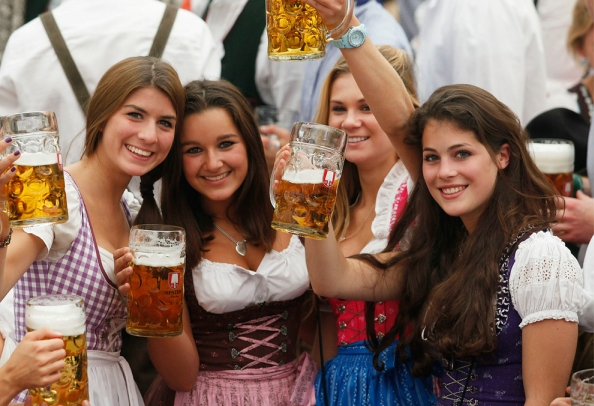 So what is in a Sabrmetric?  What are they really trying to do?  They claim to be more accurate ways of measuring a player’s ability, production and therefore value to a team and a if they are going to get rich playing ball.  We also find that Sabrmetrics can be applied to players to explain known things in a statistical sense.  BABIP can aptly explain why Aaron Hill has been dogged with terrible batting average in 2010 and 2011 but has continued to have a high slugging average.  The answer?  Everything is in the air, it is either over the fence, in the gap for a double or a fly out.  The stat BABIP can isolate this but even without the stat a fan watching him day in and day out, his coaches, the media and Aaron himself know that he pops up way too much, much more than the normal player.  Even without BABIP coaches and players know what they need to work on.  A Sabrmetric may be valuable in this case to quantify what people that are charged with solving the pop-up problem already know.

Also, Sabrmetrics try to absolve unlucky players or correct fortunate players.  For instance Nolan Ryan, who in 1987, probably his greatest single season led the NL in ERA and K’s while posting only 7 wins and a losing record – obviously unlucky.  But was Ryan unlucky his entire career?  While being able to lock up over 300 wins and amongst the top 15 all-time in wins, he is also in the top 10 all time in losses.  The all-time K leader by a long stretch played on average teams his entire life which obviously effected his overall W-L numbers and percentage.  That said, his ERA, WHIP and WAR (I know, a poor stat for pitchers) are well below comparison to similar players who are considered with a similar amount of wins and much fewer K’s.  Did bad luck follow him or was he just able to pitch long enough and effectively enough to become a legendary pitcher.

Sabrmetrics also try to supplant traditional statistics.  Below are two lists of the all-time leaders in two categories.  One is RBI’s and the other is OPS.

Try to guess which column is which.

A keen student of baseball history will surely be able to pick which column is which.  There are a few outliers in this list worth noting.  One is McGuire, to be discussed below. who was all homers and not much of anything else, including RBI’s and OPS makes him one its all-time studs on a list of bona-fide Hall of Famers or future ones.  Also, Hornsby and Cobb stand out.  These players were not the same slugging type of players that the rest are but high avgerage and OBP players.  They are not your normal meat of the order players and interestingly are anomalies in the separate columns.

The answer, the first column is the all-time OPS leaders and the second list is the all-time RBI leaders.  In generalities the highest OPS players will likely be those players batting in the middle of the order and therefore accumulating the most RBIs.  What worries me here is that even without OPS you can identify your slugging studs by RBIs.  So why is OPS so vital and RBI become as unpopular as a steal of home?  Back to McGuire who was all homers and not much of anything else, including RBI’s and OPS makes him one its all-time studs on a list of bona-fide Hall of Famers or future ones. While players like Anson, Aaron and Cobb who at 20 years in each case and were around long enough to accumulate RBIs despite not have some of the highest OPS’s but all had OPS of over .900.  So who is studlier – Aaron or McGuire?

If you use OPS or RBIs you would be able to identify most of the greatest run producing studs of all-time.  When I feel that Sabrmetrics show great value is when they incorporate new measurements into the game.  For example, the greatest fielders are typically judged on fielding average but as Callum pointed out last week there is much more to fielding than how well you handle each chance.  A fielder has always been determined by getting to the chances that no one else can get to.  If someone were to look at the Diamondbacks shortstop John McDonald’s fielding average you would see a player with a good fielding average that makes routine errors just like any other fielder.  But what you don’t see is that by having a player such as McDonald you make your other fielders stronger as he will handle the bad throw from the catcher to keep the ball out of centrefield.  He will handle the bad throw from the third baseman and still turn the double play.  He will make the play in the hole and throw the player out.  Whereas a “normal” shortstop will simply knock it down of even have it go through the infield and not be charged an error.  These, again are items that scouts, managers and media types will always be aware of but it is impossible to compare John McDonald’s ability to dive and throw across his body to that of say Honus Wagner.  What sabrmetrics have tried to do is incorporate range and other factors of defensive play in a quantitive measurement to a qualitative ability, albeit with some success.  However, to see footage of a 1933 game and a ball hit up the middle and the shortstop making or not making a play but to be able to say that John McDonald would have made that play is too naïve to be useful.  There are many other intangibles involved to make a statistical analysis of that play.  For example today’s players are better coached, trained, conditioned and equipped.  Perhaps some of the reasons McDonald would be able to make the play in 1933 is due to sabrmetrics, but until I see a stat that proves it I will be a worried man with a worried sabrmetric mind.

Images courtesty of The Big Picture and Ninety Feet of Perfection.