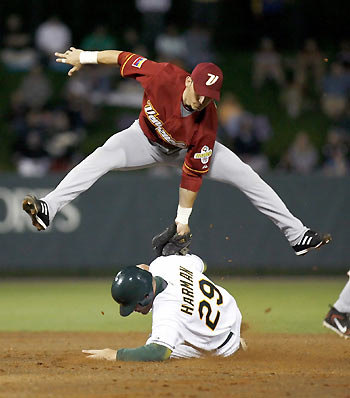 Almost a month ago TSN’s Daan De Kerpel penned an article on why the Jays shouldn’t re-sign Marco Scutaro.  The crux of the argument is that Scutaro is coming off a career-year (or ‘outlier’ season being the new buzzword thanks to Malcolm Gladwell) and the Jays shouldn’t resign him because he can’t expect to maintain that level of production.  De Kerpel brings up examples of similar players who signed contracts after outlier seasons and weren’t able to live up to the expectations and the teams who were burned because of it. 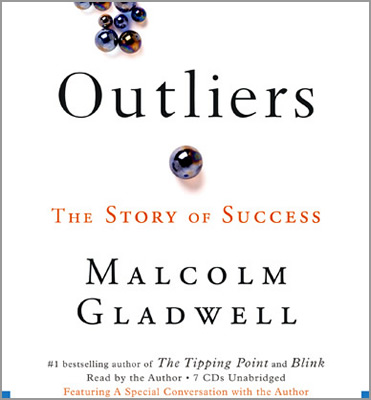 In the article De Kerpel states:

Scutaro posted career highs in all major offensive categories: runs, hits, home runs, stolen bases, batting average, on-base percentage, and slugging percentage.  As great as that production was, his past as a hitter should not be ignored when it comes to talking about the 2010 season and beyond.

Scutaro has also never had as many at bats in a season.  Regardless, and unfortunately, De Kerpel doesn’t elaborate on Scutaro’s past as a hitter.  Glossing over Scutaro’s past numbers as a hitter one would reasonably come to the conclusion that 2009 was in fact an outlier and that Marco has never shown the capability to put up the kind of numbers he has been able to this past season.

Thankfully ESPN’s Rob Neyer gave Scutaro’s numbers the attention they deserve today.  From his blog, Neyer had this to say:

At 21, he reached Triple-A. At 22, he tore up Double-A. At 23, he posted a .362 on-base percentage in Triple-A. But Scutaro played for the Indians, and the Indians had Omar Vizquel at shortstop and Roberto Alomar at second base. So there wasn’t anywhere for Scutaro to play.

Then the Brewers picked up Scutaro, but they had Jose Hernandez at shortstop and Ron Belliard at second base. Next it was the Mets, who did give Scutaro his first major-league action but didn’t let him play enough to prove that he could actually play. That didn’t happen until Scutaro joined the A’s, who (of course) were impressed by his minor-league on-base percentages.

And then of course Scutaro didn’t play well at all. In his first real major-league season (2004), he got on base just 29.7 percent of the time. To Billy Beane’s credit, he gave Scutaro another shot … and again Scutaro got on base roughly 30 percent of the time. It wasn’t until Scutaro’s third season with the A’s — and again, credit to Beane for persistence — that he did essentially what he’d done in the minors.

Yes, 2009 was Scutaro’s career season. And yes, it’s surprising that it happened when he was 33. But hitting-wise, Scutaro’s 2009 was not wildly out of character with the rest of his professional career.

It is rare for a hitter to learn and develop a keen eye at the plate – that is, to develop the skill to take pitches out of the zone, become less of a free swinger and do the little things it takes to get on base if they haven’t already displayed the ability at a younger age.  Examples would include Alfonso Soriano, Jeff Francoeur, Garett Anderson and Bengie Molina.  When it comes to OBP, it took Scutaro time to adjust to the new league, new pitchers and the new talent level.  But like they always say in baseball, players regress to the mean.  In Scutaro’s case he progressed to his mean. 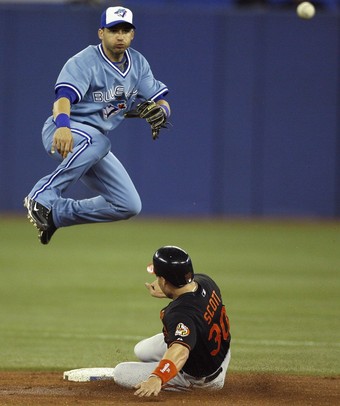